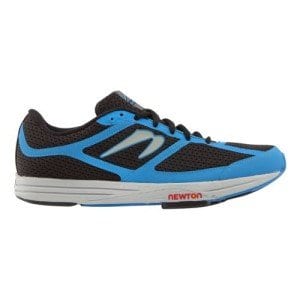 For the runner that has always been curious about Newton running shoes, but thought they were either too focused on forefoot running or the price tag was a little expensive, Newton brings to you the Newton Energy NR Guidance Trainer running shoe.  For many years, most of the people wearing Newton running shoes were either hardcore runners or triathletes.  In order for Newton to really make a true impact in the running market, Newton knew they had to make a shoe that was a little less aggressive when it comes the lugs that are located on the forefoot outsole.  This means the runner that lands on their heels from time to time won’t be punished as much other Newton running shoes.

Is the Newton Energy NR running shoe for everyday runners? 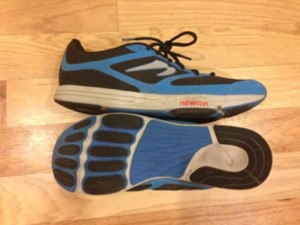 I understand that the majority of runners out there want the answer to be yes.  My answer/opinion?  Yes, but…. The Newton Energy NR running shoes are closest Newton has ever come to making a running shoe for the everyday runner.  This I am super excited about as I have always wanted to use a pair of Newton’s as my everyday trainer, but I always had to mix in other shoes as forefoot running all the time is not for me.   Having run for 25 years, I primarily run forefoot, but I enjoy heel striking from time to time, typically on longer runs.  What I like about the Newton Energy NR running shoe is that I can use these shoes for my everyday running shoe without having to mix in other shoes.  If you are just getting into Newton’s for the first time or your new to forefoot running, I still suggest easing your way into these shoes. Compared to other forefoot focused running shoes, the Newton Energy NR’s are a much easier break in process vs other Newton running shoes or minimalist running shoes.  Typically you should only run a mile or two in the beginning, but I have found with the Energy NR’s that you can run 4-6 miles without having super sore calves like you have in other minamlist running shoes. 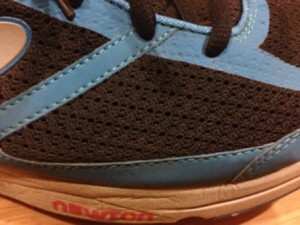 While making a running shoe that conforms to many is nice, having a good fit is still incredibly important.  The upper of the Newton Energy NR running shoe feels like a slipper when sliding the shoe on.  The shoe has one of the most comfortable fits on the market today which is a big statement given I test out over a hundred running shoes a year.  To test out the shoe on longer runs, I’ve run in the Newton Energy NR on both longer runs between 15-17 miles, raced a half marathon, and many 4-8 mile training runs.  My verdict is that these shoes are comfortable to run in no matter the distance.  The fit around the ankle is supportive, but isn’t over built and bulky.  The lacing of the shoe does a nice job at keeping your foot in place and the toe box is roomy enough to allow you toes to splay when you go through your stride. 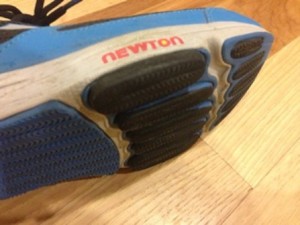 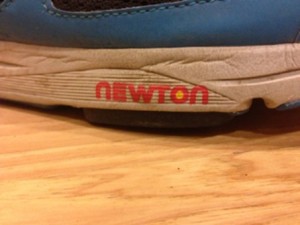 The midsole of the material is made from a high rebound EVA that is incredibly soft.  This material is a softer than your average midsole, but I haven’t found that it breaks down any faster than other running shoe midsoles.  The secret sauce of the of Newton as we all know is the 5 lugs located between the midsole and outsole on the forefoot. These lugs have what Newton calls a Action/Reaction plate underneath.  This provides a little spring, but not too much. 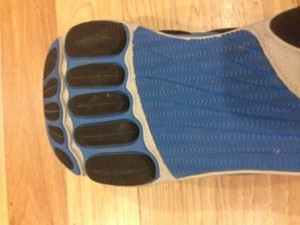 The outsole material is your typical durable rubber that’s used on running shoes.  While many running shoe brands use their own rubber compound, I have found that 99% of them hold up for the mileage the shoes are intended for.  If you do all of your running with a heel to toe strike however, you will see more wear in the outsole of the heel because not all of the outsole is covered by the outsole rubber.