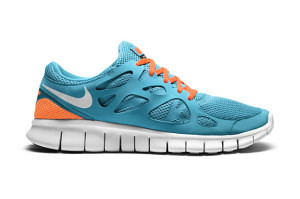 As the barefoot / minimalist shoe revolution goes into full swing, it has a lot of runners asking whether the new style of shoes are for them or if they should stick with their traditional running shoes.  And while barefoot running shoes aren’t for everyone, it would help out a number of runners to add them into their running shoe rotation. 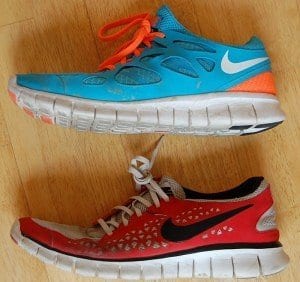 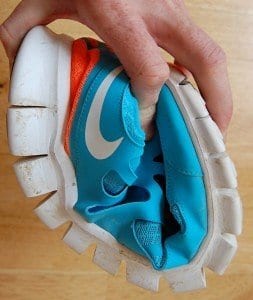 I took these shoes out for a number of my shorter runs going up to 10 miles and I also tested the shoes on my longer runs that went up to 20 miles. During all my runs, I felt very comfortable and could hardly notice much of a difference compared to other traditional running shoes I am testing.  The ride is very soft in the Nike Free Run 2 and the flow from heel to toe has a nice transition.  From the naked eye, it looks like the new Free Run 2 added a millimeter or two of midsole foam compared to previous models.  I personally felt the shoe to have a little more midsole than the previous model. 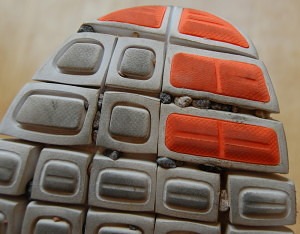 The Nike Free Run 2 running shoes weigh in at 9.5 oz. which is lightweight for a standard running shoe, but more par for the course as far as minimalist shoes go.  There can be added weight as the cracks between the sipes tend to collect small rocks and don’t come out easy while running.  It would be nice to see if Nike could create some sort of rock guard in future models.  Overall, I like the idea of having this shoe as a transition shoe to barefoot running and I think it’s a great option for those looking to make the move.  The Nike Free Run 2’s retail for $90 and come in a variety of neutral and flashy colors to accommodate every runners taste and style.