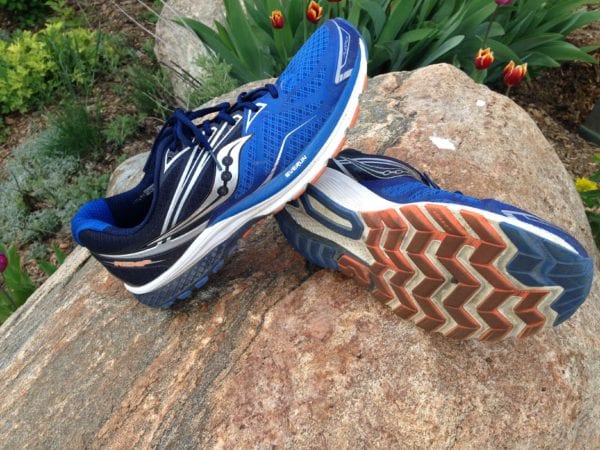 After years of providing a dialed neutral running shoes for runners, Saucony does it again.  The Saucony Ride 9 is similar to many of its predecessors in that it provides a cushioned platform and just enough support for those with a neutral gate.  One of the biggest compliments a running shoe can get is that it allows you to focus on your run and not the shoe.  Saucony nails it with the Ride 9.

To give you an idea of our testing, we had a male and female testing the Saucony Ride 9 out with varying distances between running a couple miles up to running 16 miles.  The majority of runs took place on asphalt roads and cement bike paths.  There was the occasional trail run, but knowing the Ride 9 isn’t a trail running shoe, we tried to limited our testings on the dirt.  Most runs ranged between 5-8 miles.  Total mileage running in the Saucony Ride 9 test was approximately 150 miles. 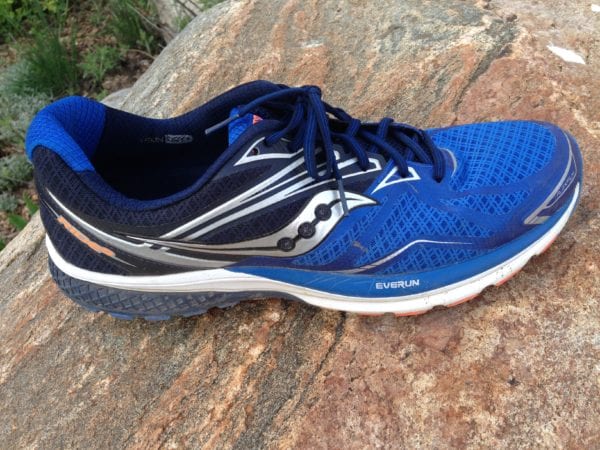 The Saucony Ride 9 has a superb upper.  The shoe fits like a glove from the moment you slip it on and this doesn’t change through the life of the shoe.  The Ride 9 has lots of cushioning around the heel to provide a secure heel fit with no slippage.  The actual material is soft to the touch, but not to silky smooth where your foot wants to move while running. 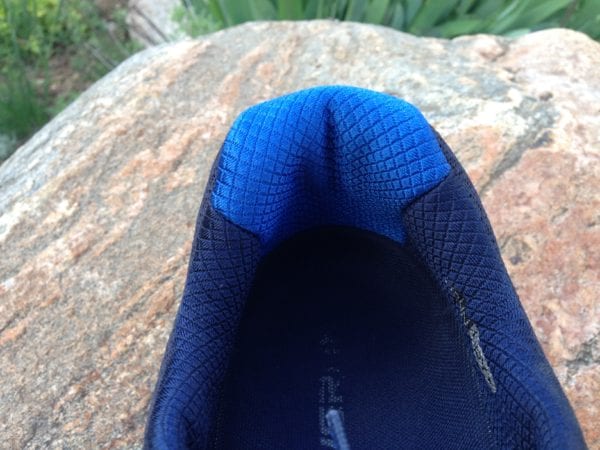 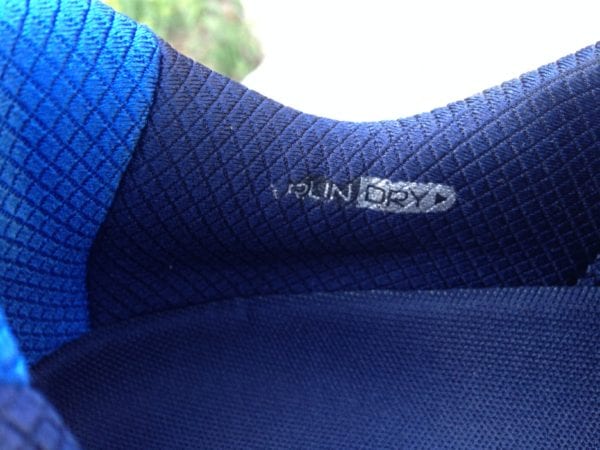 The fit of the Saucony Ride 9 is great for those with a normal size foot, give or take a little.  I have one foot that is a little on the wide side and one that is standard medium width and found the Ride 9 to accommodate the different sizes nicely.  The toe box is just right, not too wide and not too narrow.  The lacing system does what it’s intended to do, keeping your foot snug in the shoe.

Note, the Saucony Ride 9 also comes in a wide version. 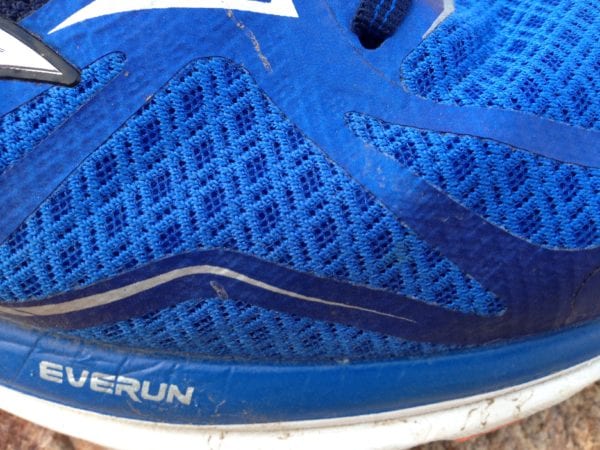 To provide the Ride 9 with some structural integrity, Saucony uses what they call Flexfilm.  this is a thin layer of rubber molded to the outside of the shoe in all the right places.  This replaces the older way of stitching additional fabric to the outside of the shoe to provide shoe structure.  Through the process of using FlexFilm, Saucony is able to shave a little bit of weight compared to the traditional stitching style. 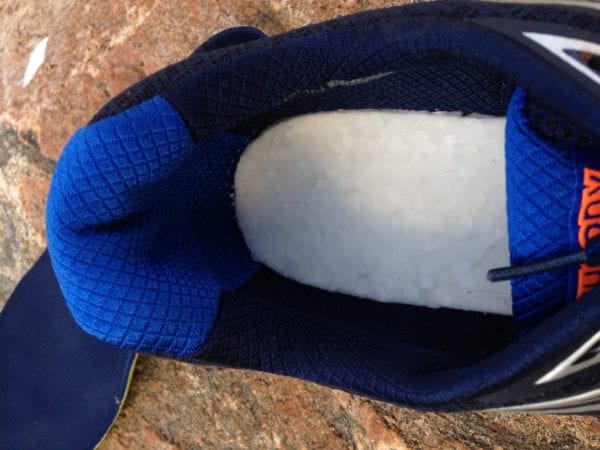 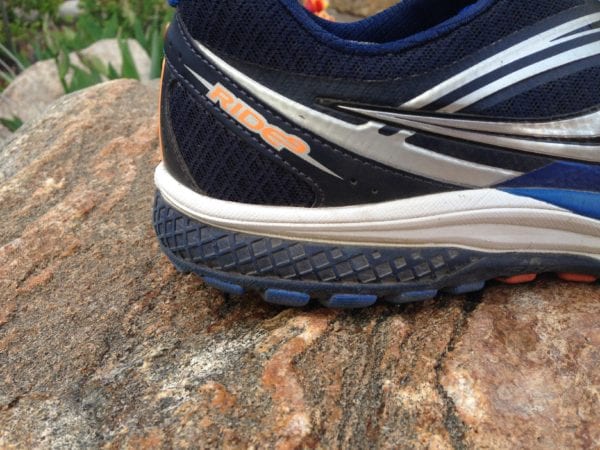 The Saucony Ride 9 uses an injection blown rubber for it’s midsole called EVERUN.  The material provides ample cushioning for the average runner and in my opinion, it provides a great balance between cushion and stability.  To date, I haven’t seen any weird breaking down of Saucony’s Everun. 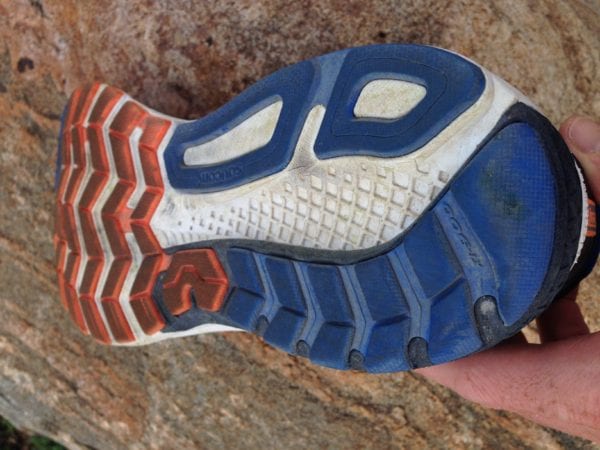 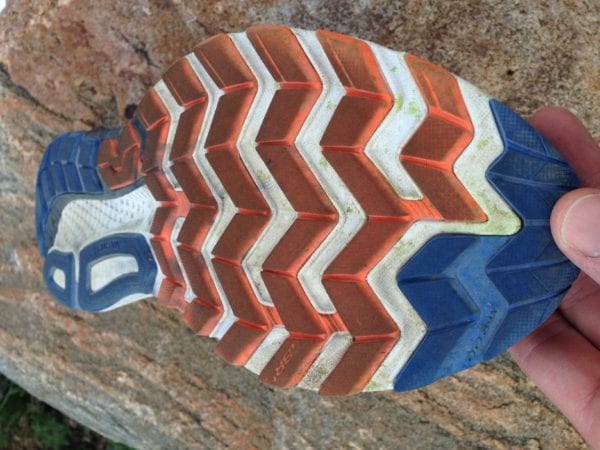 The outsole on the Saucony Ride 9 is made with what Saucony called their Tri Flex pattern.  This pattern allows your foot to flex through your gate, but it still provides enough rigidity so your foot isn’t flexing too much.  I’ve found the rubber to hold up well through my testing, but I expect it won’t last much more than 500 miles or so.

Overall, I’ve found the Saucony Ride 9 to be one of my favorite neutral running shoes in 2016.  This shoe provides the perfect blend in everything that you want in a running shoe.  For more information, visit www.amazon.com/saucony.