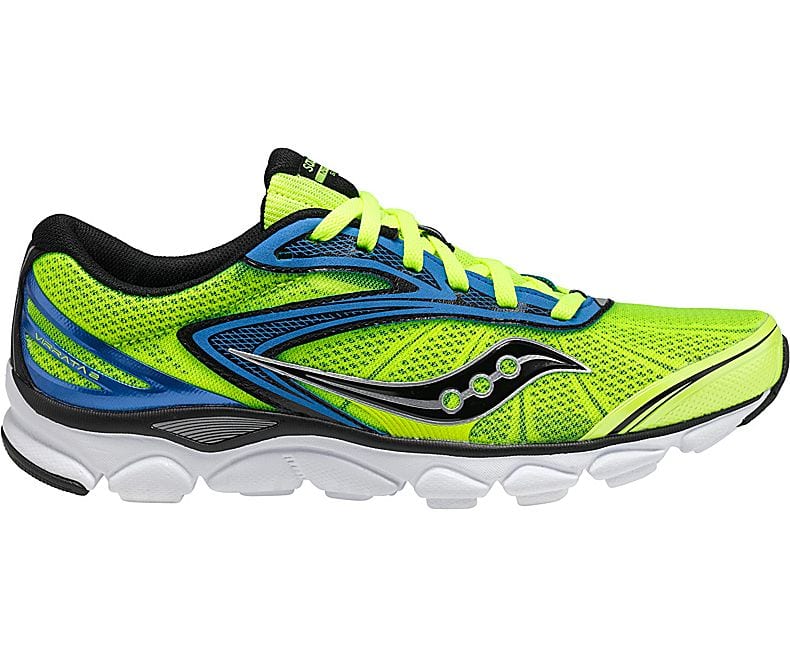 Heading into the summer with a killer update is the Saucony Virrata 2. For those of you who remember (okay, admit it, none of you) I took the Saucony Virrata  out for a solid testing phase last year. I was really impressed with the balance of the shoe. In fact, my only concern about the design of the shoe as a whole was the type of cushioning used to make such a good feeling and running shoe. It seems that many companies have elected to create shoes which maximal cushioning in exchange for minimal longevity. The excuse put forward is that the type of material used breaks down faster. Runners are being asked to choose between having a clunky feeling, heavy shoe or a lightweight, nearly painful barefoot shoe. On one hand, you get more miles in per pair, but did you really enjoy it? On the other hand, you enjoy the lightweight, but buy a new pair of shoes in half the time. I can happily report that after this round of testing, the Saucony Virrata 2 has rejected both of those theorems. 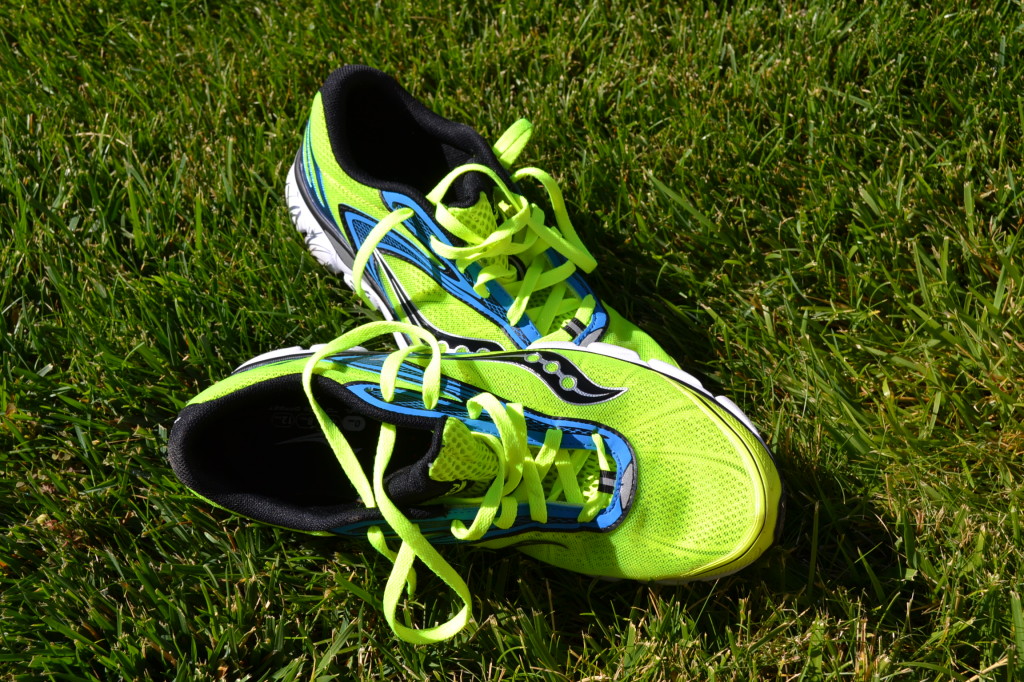 The Saucony Virrata 2 after nearly 300 miles of testing – not bad, huh?

Initial Thoughts on the Saucony Virrata 2

Okay, so for those of you who don’t follow the trends in running shoes over the past few years, or are just newly coming to the sport. Pronation correction was all the rage, followed closely by a movement to shed all types of correction (barefoot running), and strangely enough, strip all foot protection from the shoe as well. Shoe manufacturers like Saucony are listening to runner feedback and providing shoe options which combine the best of both worlds. In the review of the Saucony Virrata I noted that the concept was sound, and enjoyable. The shoe essentially combines evenly distributed cushioning for foot protection with the abscence of pronation correction or form ending drops. My initial thoughts on the Saucony Virrata 2 were that it was more of the same; this was refreshing as unlike other manufacturers for this year, Saucony elected to stick with what worked, and only improve upon what didn’t. You’ll see even the color palette is nearly identical. 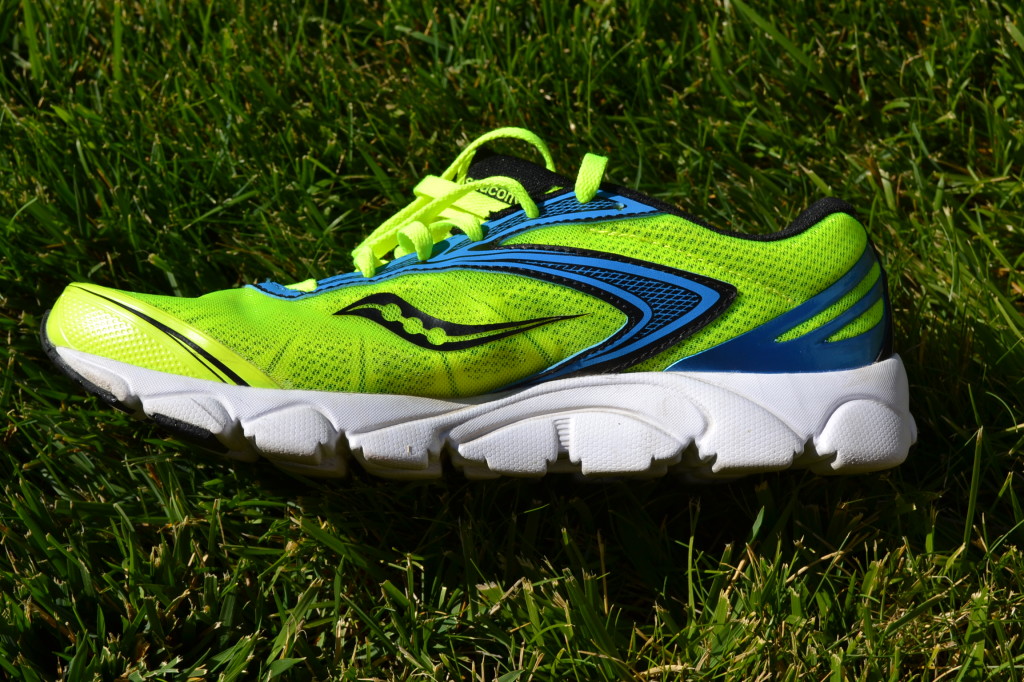 The yellow is still pretty hard the eyes on the Saucony Virrata 2 – but you’ll be easy to pick out in a crowd.

As briefly hinted at above, I spent quite a bit of time over the summer in the Saucony Virrata 2. The purpose of this was to see if Saucony was following the lead of the running industry in building shoes that were supposed to break down in only 250 miles or so; this is roughly half the life expectancy of typical running shoes. I can report that at around 300 miles (give or take a few miles at the end of races and runs from walking around, cool downs, etc) that I’m not feeling the shoe begin to heavily breakdown. This is a plus, as I’d prefer not to buy shoes twice as much in order to get a comfortable feel on the road. My testing grounds (and race courses) consist of sidewalk, road, gravel, and some rutted gravel trails/walking paths. I prefer not to use a lightweight shoe such as this in my trail running endeavors, as I like the protection offered by a shoe such as the Salomon offerings, tested here and here. I was able to get just over three hundred miles in the shoe, making it one of my longer testing periods. As you can see from both of the men’s and women’s offerings, both sets of shoes held up great over a very full testing period. 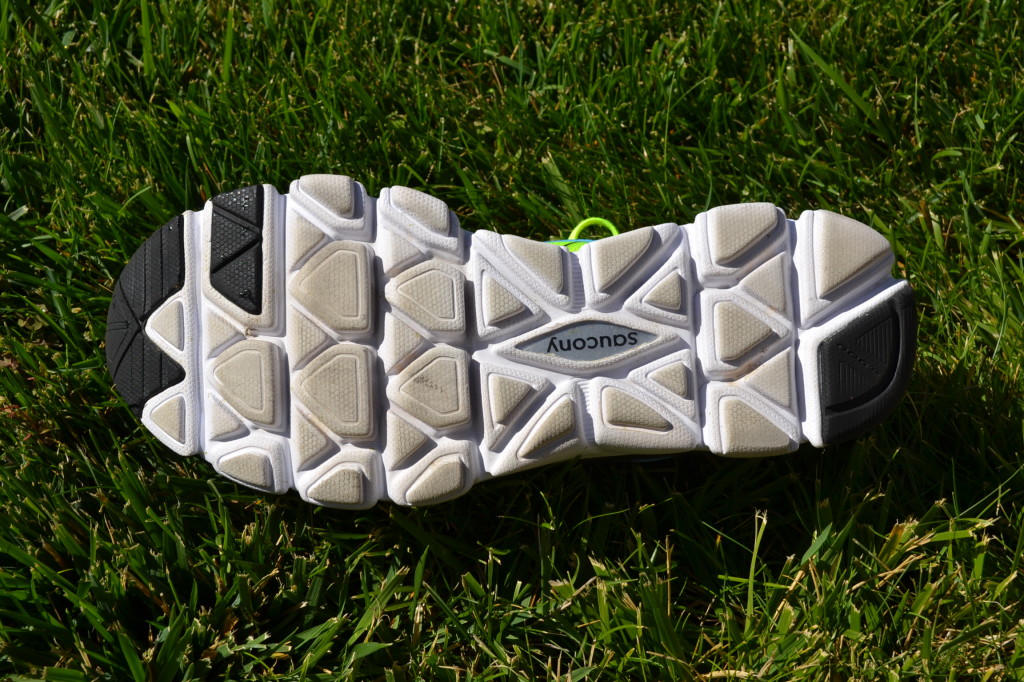 The lug pattern is unique to the Saucony Virrata 2.

The outsole of the Saucony Virrata 2 is interesting in shape, and feels a bit different than you would expect on the road. I’ve tested other shoes with widely spaced lugs several times over; the Saucony Virrata 2 uses a lug pattern which allows your foot to flex naturally, but provides the cushioning needed to protect your foot over hard ground. This is where the Saucony Virrata 2 gets the “natural” tag – it’s not devoid of cushioning, but it still feels like a shoe created to be “barely” there. Contributing to this is the zero mm offset. Traditional running shoe set ups have a drop from the heel to the toe; Saucony offers a full range of drops throughout the lineup so that runners can elect as little (zero mm) or as maximal drop as they’d prefer. Saucony rounds out the natural design with an extremely lightweight mesh upper. The Saucony Virrata 2 also features a sockliner for those who prefer to do so; as I blister easily, I prefer the latter approach. I did do a few quick runs in the Saucony Virrata 2 without socks for testing purposes, and felt comfortable over shorter distances up to 5 K. 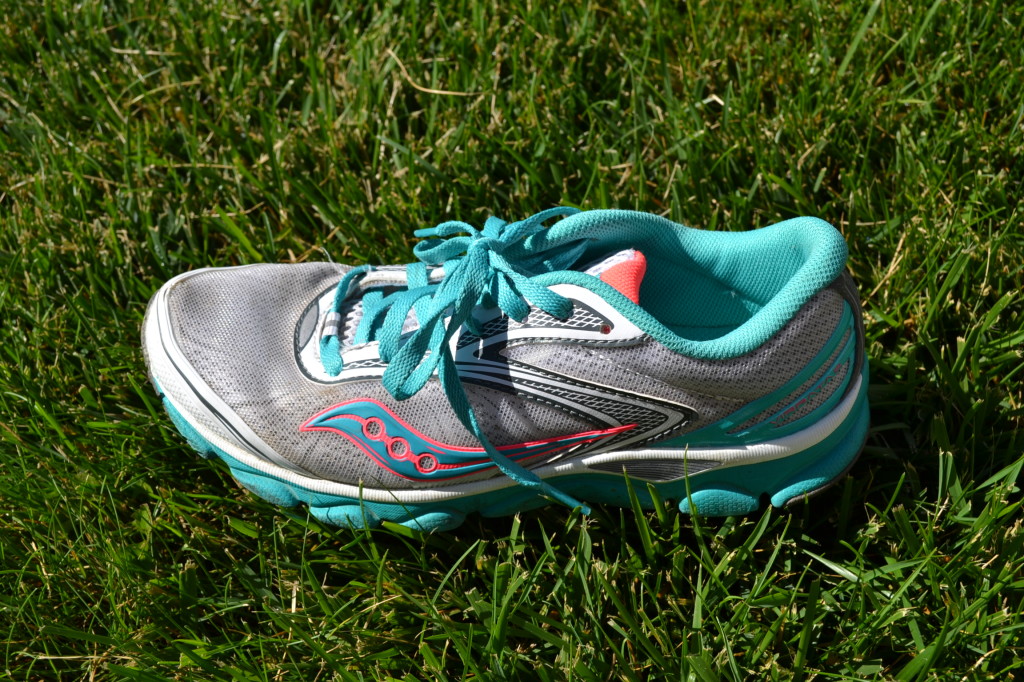 The women’s Saucony Virrata 2 held up great over a very full testing period as well.

The Saucony Virrata 2 became the perfect go to shoe for training both on indoor and outdoor runs for our female tester. She felt it had the effect “that creates a sock-like fit and feel.”  The neutral/lightweight racing shoe category is difficult to get right in women’s specific design;  these shoes still offer plenty of protection from the road and a desirable “barely there” feel throughout your run. 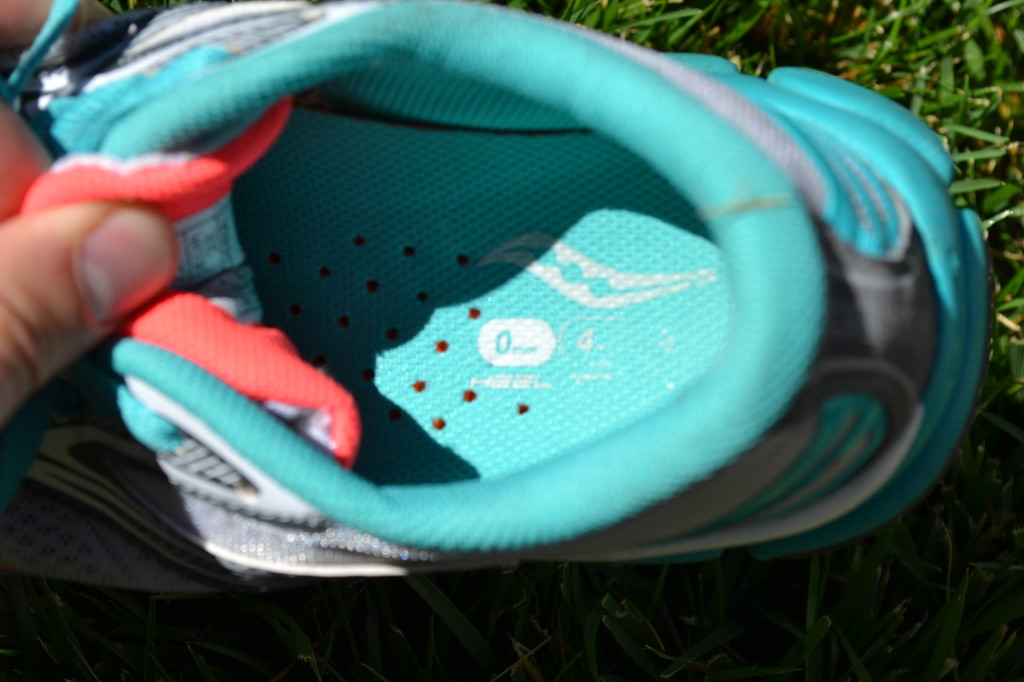 0 mm of drop on the Saucony Virrata 2 was a favorite shoe feature for our female testers.

Our female tester reported that the Saucony Virrata 2  fit her “foot like a glove and fit true to size.”  This is in part due to the size of the toebox; as a result the shoe felt “roomy but snugly around the foot and provided overall comfort and support.” She also commented on the cushioning provided by the shoe, as the women’s version features the same 18mm of EVA foam in the midsole which helps create an overall responsive ride. Saucony also incorporated the slightest bit of rubber in the forefoot and heel exactly where you need a little extra protection from the road; this helps with general wear and tear of the shoe (judging from both our female tester and the photos, we’ve seen little of). Additionally, Saucony used a more resilient mesh upper on the Virrata 2, which does not affect the breathability of the shoe, but increases the durability.

The overall consensus on the women’s Saucony Virrata 2 was that it looked “as sleek and sporty as it felt.” Saucony offers the women’s Virrata 2 in six different color combinations, all of which accentuate the smooth design of the shoe, making them shoes “very visually appealing to me.”  She further wrapped up by stating the following: “I found myself wearing these shoes on every type of run – long, short, tempo, hills, sprints -all of them. These shoes were versatile, comfortable and reasonably priced ($90 price tag!). I would recommend the Saucony Virrata 2 to just about any runner out there looking for a comfortable, reliable minimal shoe.”

Final thoughts on the Saucony Virrata 2

The Saucony Virrata 2 combines lightweight, even cushioning with industry leading durability – it’s fast feeling and lightweight with a race inspired set, but comfortable enough for the long haul. Both our male and female testers enjoyed the shoe for this, and at a low price point with various color offerings, the Saucony Virrata 2 is sure to be a fit for many different runners. Hopefully the rest of the running industry take’s a page from Saucony’s book; Saucony truly took runner feedback and created a fast shoe that’s comfortable enough for the long haul. Head over to www.saucony.com to see both the men’s and women’s Virrata 2 in all it’s color options.