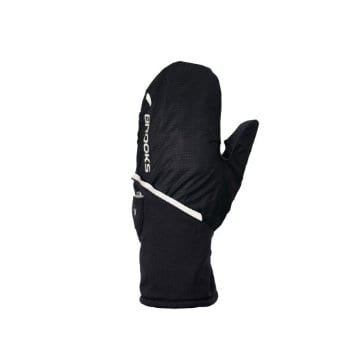 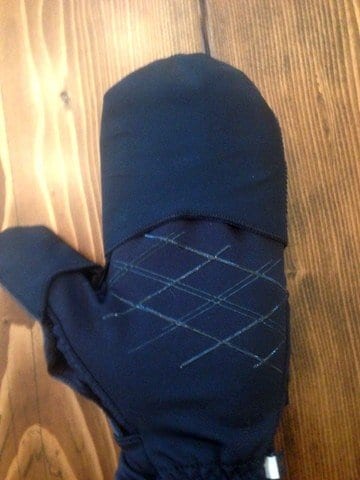 I am writing this review about 2 hours after running a 10k trail race where the temperature was -3 degrees Fahrenheit , yes that is a bit chilly for most.  I don’t make it a point to go out and run in temperatures below zero, but if I am signed up for a race, I typically won’t let a little weather get in my way.  It’s all about wearing the right clothing and accessories including winter running gloves.  For this race, you guessed it, I was testing/running with the Brooks Adapt Glove II.  The first two miles, my fingers were a little chilly because my body wasn’t fully warmed up.  After mile two, my blood was flowing and I found the gloves to keep my fingers nice and toasty.  One of the differences in the Brooks Adapt Glove II is that there is a thin removable nylon layer that covers your fingers and thumb and allows your fingers to retain a little bit of heat by trapping in the heat and blocking out wind.  This nice part of this layer is that if you don’t need it, there is a small stash pocket in the glove to keep it from flapping around. 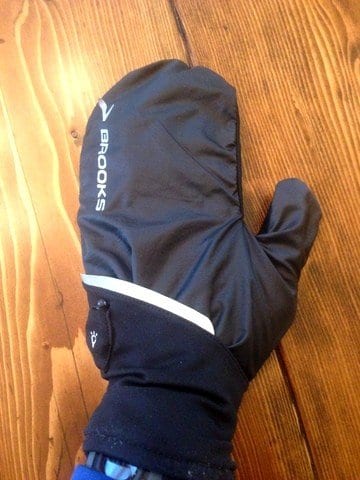 The concept of using a thin nylon layer over gloves is a new concept, but this feature is nice for those who want the dexterity of a glove while providing the warmth of a mitten.   And while this thin layer may not seem like much, I can attest to you that it provides significant warmth when you need it.  When using the Brooks Adapt Glove II during cold weather training runs and races, I would often shed this layer into its stow pocket towards the end of the run when my hands heated up too much and I needed to cool my hands and fingers down.   Even in temperatures below 0 F.

One instance that I disagree with the Brooks website description is where it says the Brooks Adapt Glove II is ideal for temperatures between 40-65F.  This temperature range is generally way too warm for this glove, and I say the ideal temperature is -5- 35F. 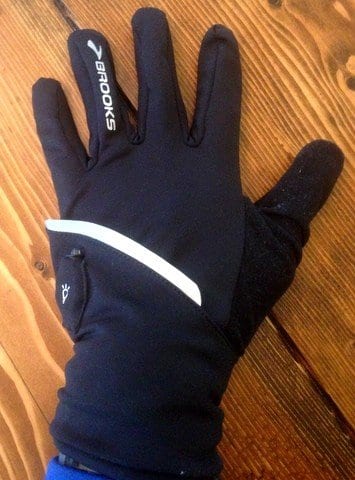 While the nylon layer is the most noticeable features of the Brooks Adapt Glove II, there are a few other features worth noting.  First, there is a small removable light that sits on the left hand of this set of winter running gloves.  This comes in handy while running at night when you want to be seen.  Caution, remember to take this little LED flashlight off when washing your gloves.  If you don’t have the flashlight on or with you, the gloves have a number of reflective points to help keep you visible when running in the dark. 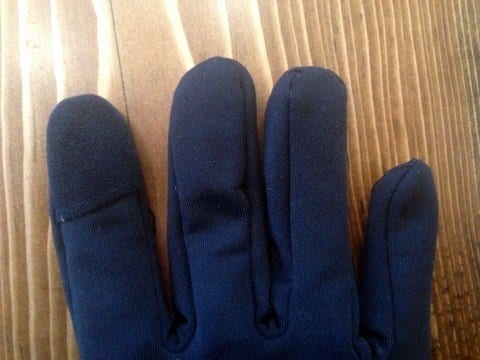 The Brooks Adapt Glove II  is great for those that like to run with a touch screen phone or ipod because the material used in the gloves works with touch screens.  With older gloves you will typically have a hard time being able to anything unless you take off your glove to use your bare fingers.  This material is on the index finger of both the right and left gloves.  The gloves also have thin rubber strips that allow you to grip a phone, ipod, football, etc. 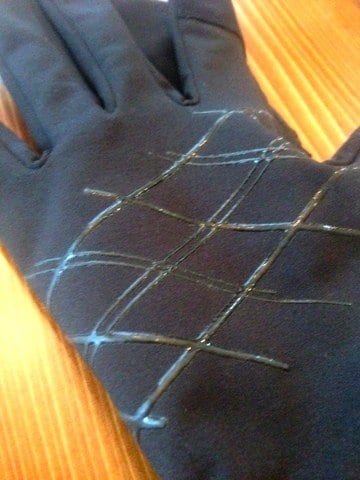