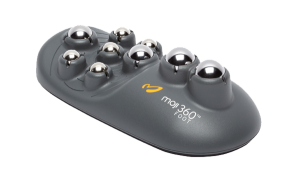 Any active lifestyle comes with its share of aches and pains. The good people over at Moji like to to take care of those aches and pains, allowing you to do whatever activity you wish with less pain – well, maybe not all activities, but you get my drift. Moji sent us the Moji 360 Foot Massager, which is especially useful for all types of foot pain, including plantar fasciitis. Don’t let the packaging fool you, though – the Moji 360 Foot Massager isn’t just for runners. 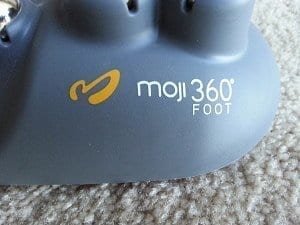 The Moji 360 Foot Massager – comfortable for anyone.

The Moji 360 Foot Massager, out of the box

From the moment I laid eyes on the Moji 360 Foot Massager, I knew it would be a useful tool, especially if built right. The heft of the packaging told me that yes, Moji did just that. The high density plastic that forms the base of the massager is tough enough to withstand more pressure than you’d ever be able to put on it, especially while seated (even though very self-explanatory in form, some way wish to see Moji’s instructions for use, here), and the steel roller balls are firmly seated – this allows you to move your foot in all directions to really get at those tender spots. Moji made sure that the Moji 360 Foot Massager would stay put during use as well, adding a non-slip rubber mat on the bottom for traction. 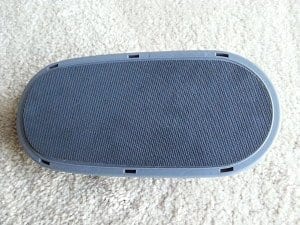 I had the unit for testing for a full two weeks, during which I used the massager daily. We kept it under our TV couch at home, and slid it out for use while watching. It’s low profile and small size makes it perfect to store just about anywhere in the house or office, and it’s heavy enough that it doesn’t tend to move around ‘on it’s own’ – those with small kids like us will know what I mean. It quickly became a fixture of our nights, and both my wife and I used it heavily. Whether it was post workout, or just after a day of standing at work all day, the Moji 360 Foot Massager felt great with every use – relieving soreness and fatigue quickly and efficiently. 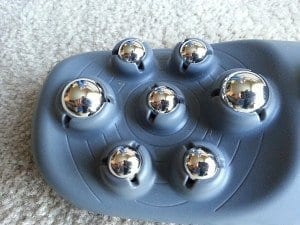 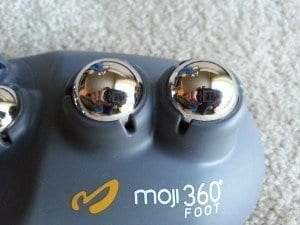 Anyone can use the Moji 360 Foot Massager

Even though I’m the primary marketing target of the Moji 360 Foot Massager, I’d say the massager is a great buy for just about anyone. At a price tag of $39.95, it’s certainly much cheaper than a either a massage or a physical therapist. Those who work in cubicles all day could easily hide this away under their desk, and use it during work. It’s simple, functional, and practical – above all, it just feels great. Head on over to Moji’s website for info on purchase, and even a tutorial for use.