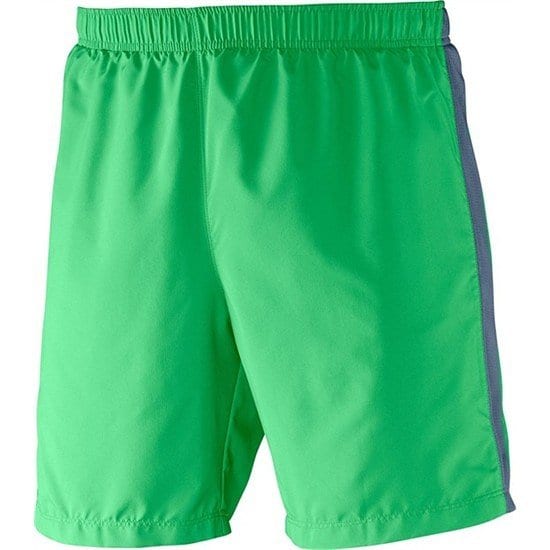 The Salomon Park 2in1 Short 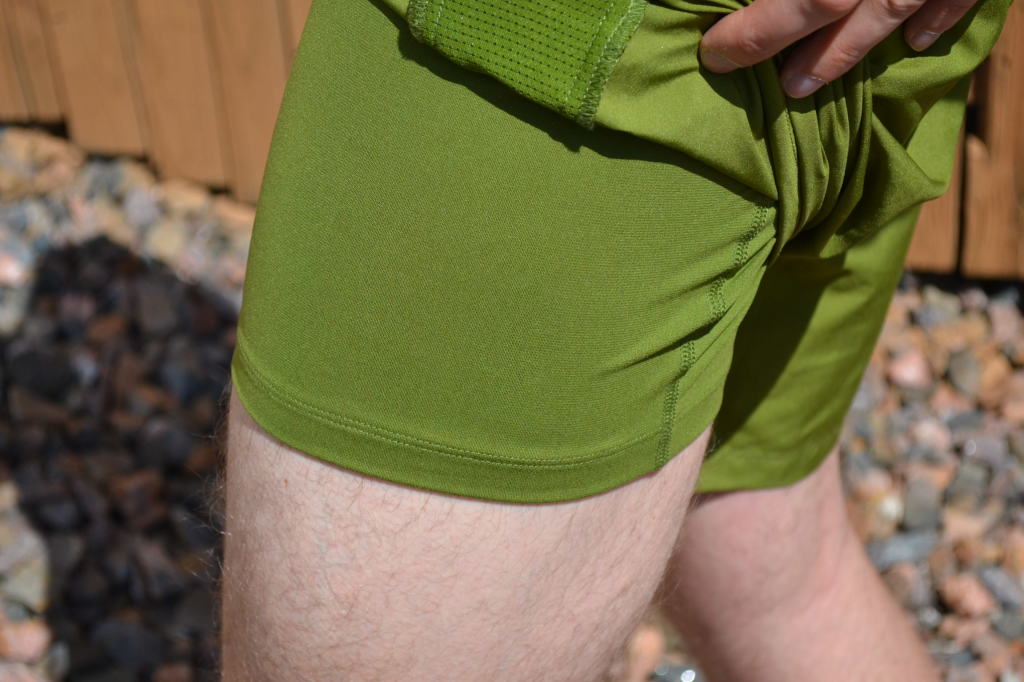 Check the integrated tights on the Salomon 2in1 Park Short – and don’t get blinded by the whiteness. I hate skin cancer, ok?

Testing the Salomon Park 2in1 Short

I had the opportunity to put the Salomon Park 2in1 Short through it’s paces on multiple runs of lengths up to 26.2 miles – yep, I did the St. George marathon in them. They were just so comfortable throughout the testing phase that I couldn’t help but grabbing them for the real deal. I’m a big fan of longer shorts – Salomon doesn’t actually come out and say it on the Salomon Website, but I’d compare this to a 5 inch hem short. Just long enough to be comfortable and prevent chafing, but just short enough to keep out of your way over the long haul. If you’re in to split shorts, look somewhere else – this is way, way too much fabric for you. 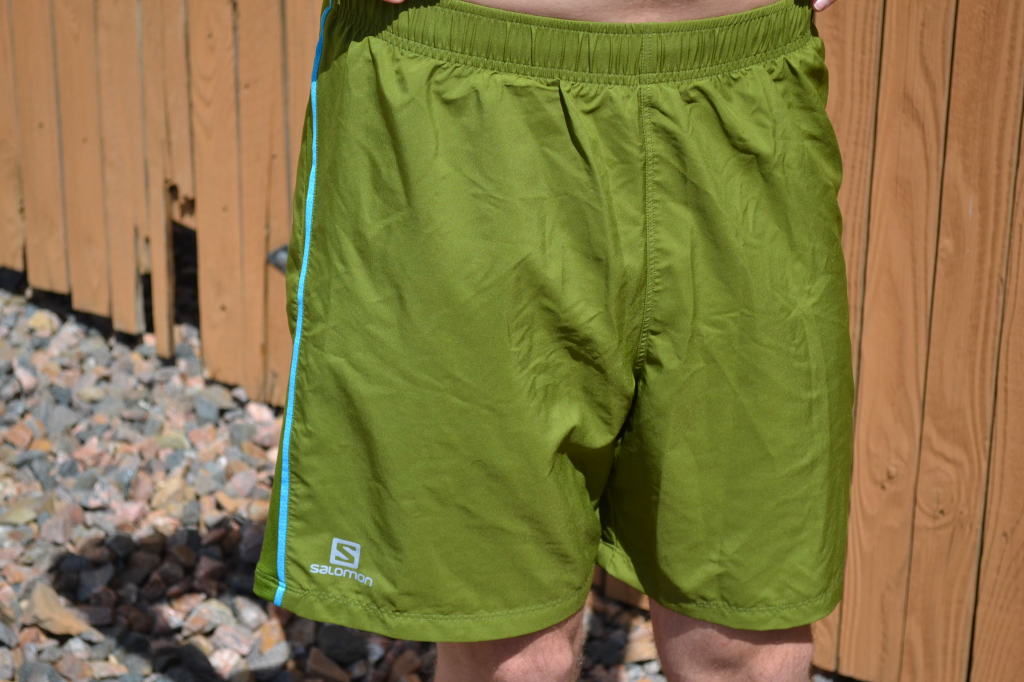 The length on the Salomon Park 2in1 Short is somewhat akin to a 5 inch hem – comfortably above my knees.

It’d be easy to make a short of this length and just leave it at that. After all, Salomon’s competitors do just that! Salomon takes it a bit further by ensuring that the construction of the tight/short combo in the Salomon Park 2in1 Short is top notch. The fabric choice is key here – too heavy and the short feels weighted down, even more so as you sweat it out the further you run. Too light, and the short loses durability – trail runners specifically put shorts through more wear and tear, or at least I do when I’m out on the trail. I did a mix of both trail and road in these shorts, and as mentioned above, like to wear them for multiple activities. 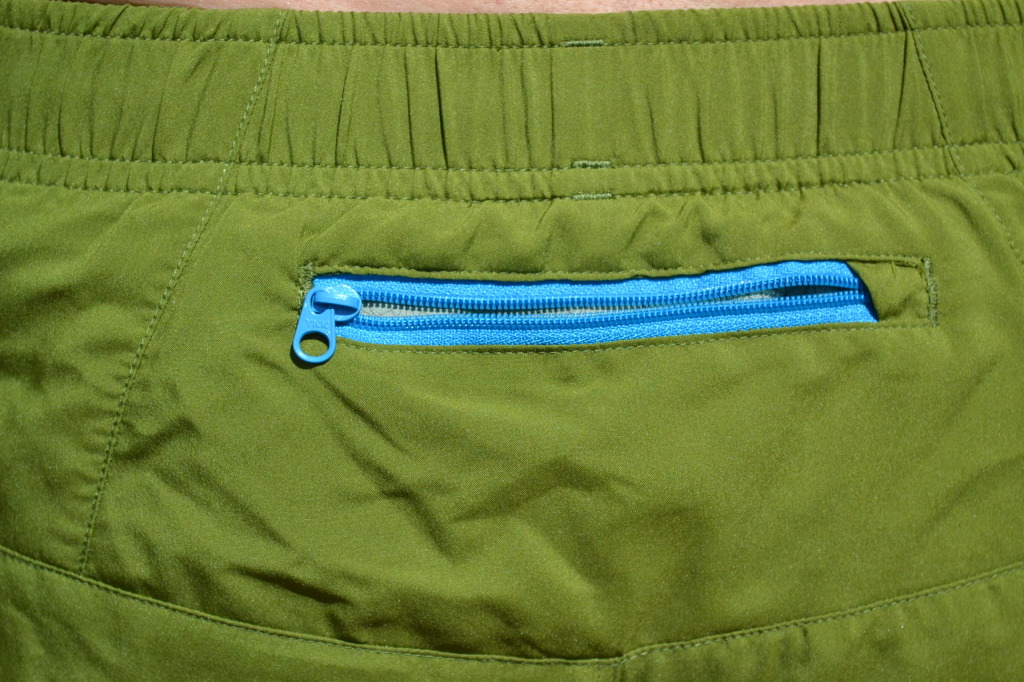 The key pocket on the Salomon Park 2in1 Short is large enough for a key and couple of gu.

The construction of the tights is really pleasant as well. This can be a tricky part of any pair of running shorts, not just on the Salomon Park 2in1 Short. The inner tight is supportive without being too tight, and definitely helps to eliminate chafing that can occur on long runs. I totally have chafing issues on any run over 10 miles, so it’s nice to find shorts that eliminate that without the use of glides or gels. A drawback to tights such as this can be that sweat tends to stick in the tights, making them feel uncomfortably hot in warmer temps. I had the Salomon Park 2in1 Short in the hot Denver sun this summer, and experienced no issues in the heat whatsoever. Salomon’s ADVANCEDSKIN ACTIVEDRY technology kept me cool and dry on even the hottest days. 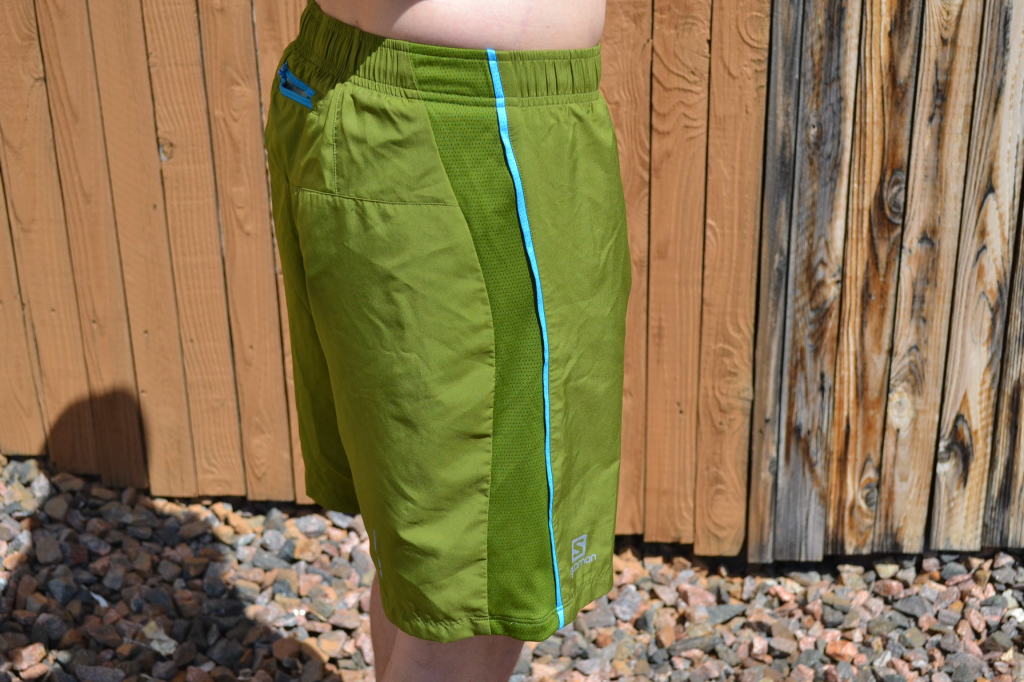 The mesh panels down the outside hem of the Salomon Park 2in1 Short assist in it’s moisture wicking capability.

Final Thoughts on the Salomon Park 2in1 Short

To sum it all up, the Salomon Park 2in1 Short is an excellent choice for runners seeking lightweight breathable shorts which prevent chafing and wick away moisture efficiently. Not to be a total Salomon fanboy or anything, but I especially liked pairing them up with the Salomon Park Tee, review by yours truly. It really is a go anywhere do anything type of short, which is exactly what you’d expect from a company like Salomon. Head on over to www.salomon.com to check out the Salomon Park 2in1 Short for yourself, in all of it’s color options. At $45.00 a pair, it may seem a bit steep – at mile 20, though, you’ll thank yourself for shelling out for it.