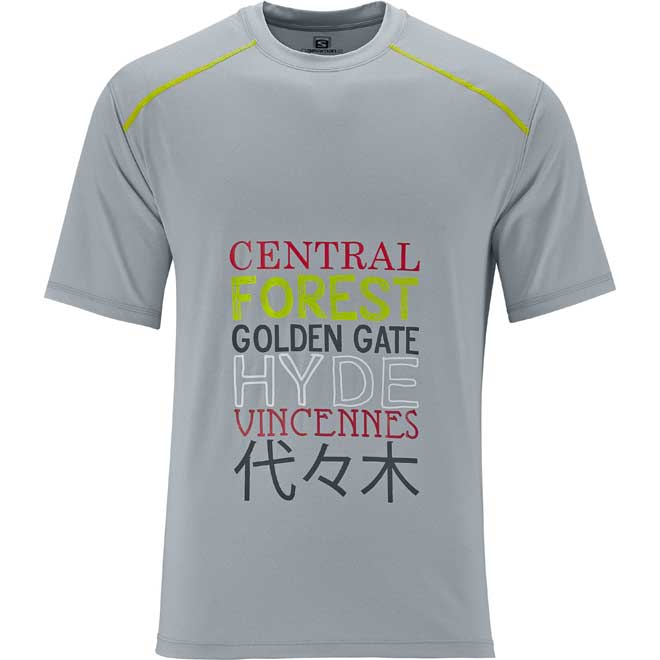 Salomon strives to put the ultimate in tech and performance in everything they do – it’s really no surprise that something as simple as the Salomon Park Tee gives you more bang for your buck than your average tech tee. Salomon couldn’t just stop at creating a normal tech tee, so they engineered the Salomon Park Tee to feel like your favorite cotton t-shirt. Unlike your favorite rag, however, this shirt has numerous features such as ACTILITE sweat wicking technology, flatlock seams, and reflective paneling for those low light runs. It even has a zipper pocket located conveniently on the small of your back to prevent chafing. 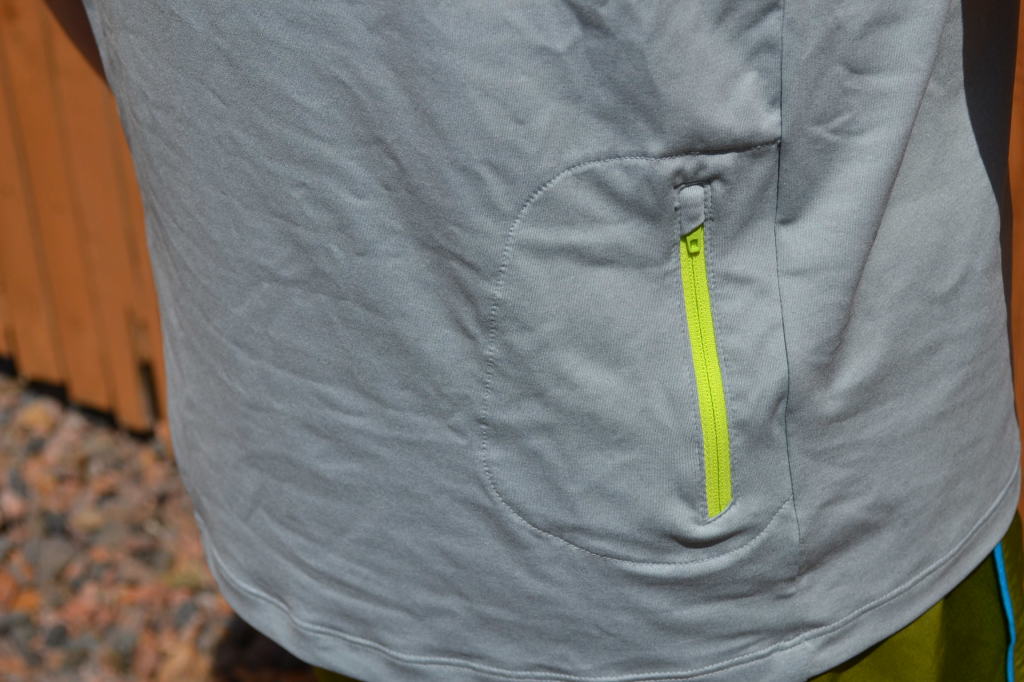 The zipper pocket on the Salomon Park Tee is easy to reach, yet located on the side of your back to prevent chafing.

I was lucky enough to put several summer and fall miles behind me while sporting the Salomon Park Shirt. It quickly became one of my go to shirts due to the feel of the fabric. I’m big on being comfortable during my runs; this comfort level means that in order for me to want to use a shirt regularly, I really just need to forget I’m wearing it. This was so from the minute I pulled the Salomon Park Shirt out of the bag. I didn’t even need to wash it the first time; it was soft and supple to the touch from the beginning. I’m not particularly sensitive to different shirt materials, but I do prefer tech tees for running. That being said, there are definitely levels of quality in tech tee. The Salomon Park shirt gave me no chafing issues, not even when running with a pack such as the Gregory Tempo 5. 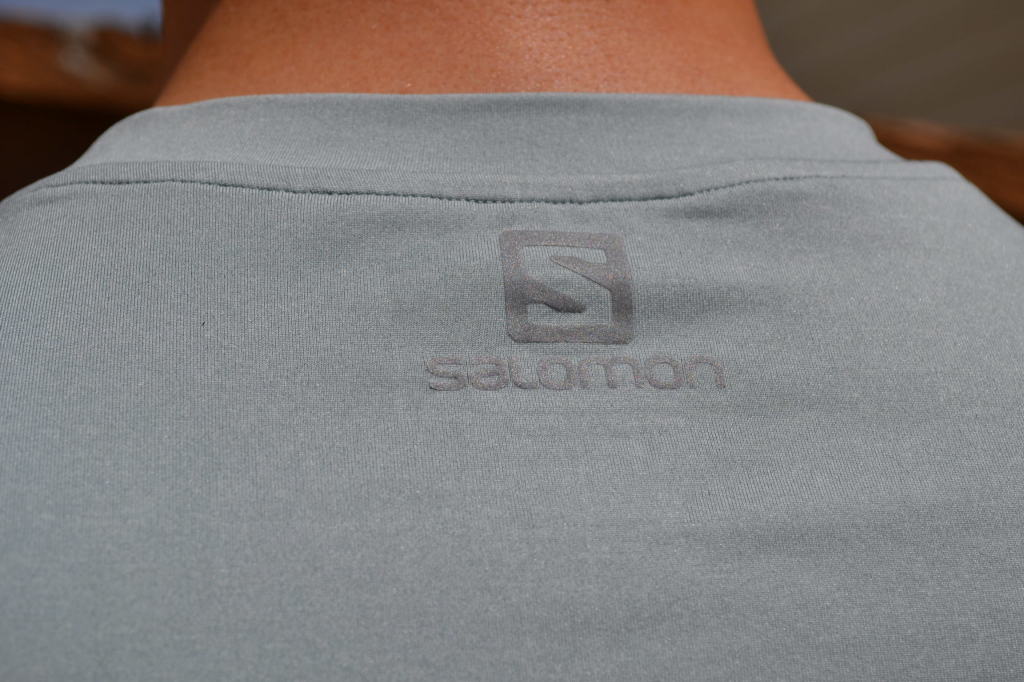 Tech shirts such as this usually have a trade off – in order to be this comfortable, they have to be lacking in either function or durability. Salomon really nailed it with the Salomon Park Tee by completely disabusing me of this notion. The Salomon Park Tee has all of these things in spades. I can personally speak to the durability, as it functions and feels the same even after more than 20 washing/wearing cycles. The photos show that even the reflective material is still firmly in place on the upper back; this is after several wearings with a pack. 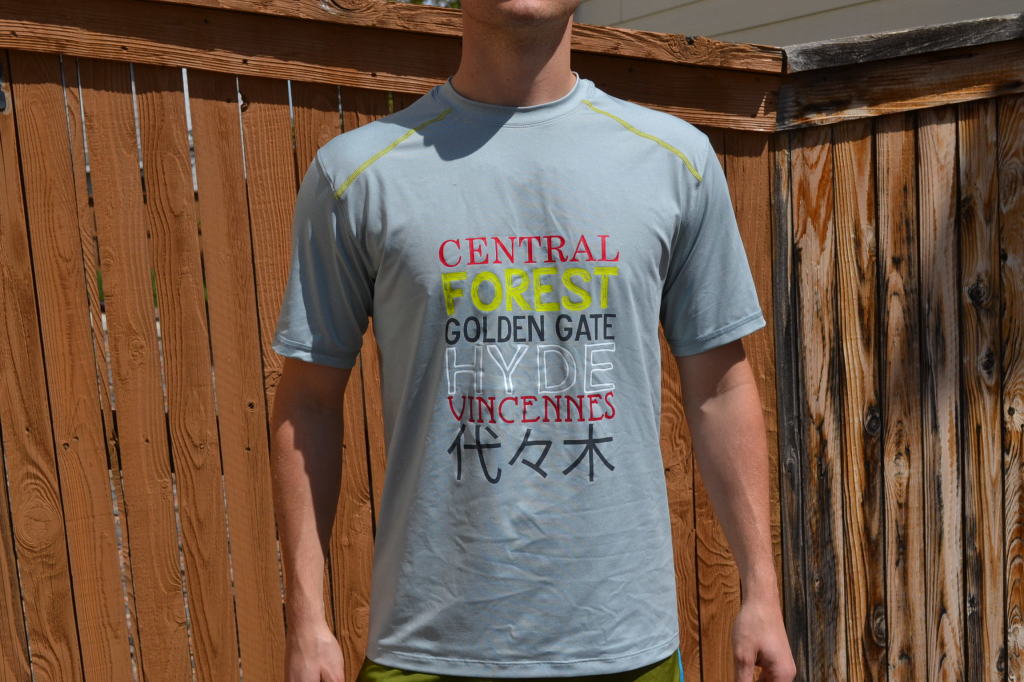 The sweat wicking capability of the Salomon Park Tee – ADVANCEDSKIN ACTIVEDRY – is more than just four words crammed together to make two. It performs as well as such an imaginative name should, or perhaps better. I actually appreciated this feature more than all the other features of the Salomon Park Tee, as it kept me cool and dry during the hot summer months. It also dries quicker than other tech shirts I’ve tested, which in turn helps to reduce chafing and fit issues.

Overall, the Salomon Park Tee is a great addition to any runner’s closet. You’ll find yourself reaching for this shirt over and over again to fit just about any active endeavor. You can select the Salomon Park Tee in five colors in a wide variety of sizes. It may seem a bit steeply priced for some at $45.00, but the durability of build will get you twice the wear out of it when compared against your standard tech tee, and the fit/feel of the Salomon Park Tee more than justifies a few extra bucks. Head on over to www.salomon.com to check out the Salomon Park Tee for yourself.