The New Balance NX990 is marketed as a full-featured GPS watch designed to optimize your daily training sessions. As a long-time Garmin user I was eager to try out another GPS watch that had similar features and functionality. 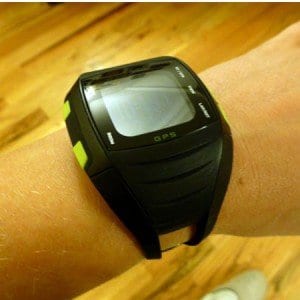 The NX990 is compact, has a sleek design and could probably even be worn as a casual watch. I was a bit disappointed in the material of the band; it feels very rigid and plasticy. The edge of the band was also so thin that it was almost sharp. In addition, the band was quite large. I have average sized wrists and I had to fasten it in the smallest hole and it was still a little loose. 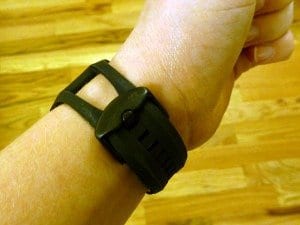 I also found the hard plastic, angled buttons on the sides of the face a challenge to use while running, especially if I had a bit of sweat on my hands. 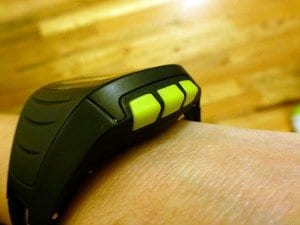 After I had input my heart rate settings several times, I found that the watch registered my heart rate extremely high during workouts. Even during recovery paced runs it was putting me over 100% of my max heart rate which was not even close to accurate. No matter what adjustments I made I wasn’t able to resolve this issue.

The other major issue I found with the NX990 was that it was not compatible with a Mac, only PCs. In my opinion this alone makes the watch seem antiquated. I cannot speak for the downloading process of software as I was not able to test it.

I found the menus to be a bit cumbersome, but was able to navigate through them after reading some trial and error and reading the instructions. If I hadn’t read the instructions I would have never been able to set-up the watch to my specific preferences.

One feature that I found as both a positive and a negative is that the watch doesn’t turn off, but the GPS does. Because you can turn the GPS off the battery lasts quite a long time – even weeks when the GPS isn’t on. The negative side is that to start a workout you need to navigate the menu to turn on the GPS rather than just pushing the start button. I did find that once I turned the GPS on the watch located satellites very quickly so I wasn’t left out in the cold waiting on the watch.

During workouts the pace, distance, time, and directional features seemed to work flawlessly. I was very please with the accuracy of these features. I did, however, find that getting these details while on the move was a bit of a challenge because the screen was tough to read depending on the light and the smaller lines of text at the top and bottom were tough to read while moving also. 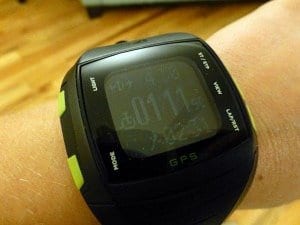 Overall, I think this GPS trainer has a lot of great features, is a good size, and is accurate with the exception of heart rate, but I personally would like to see a bit more ease of use, Mac compatibility, and more flexibility in the view options, especially considering the price point is nearly $200.