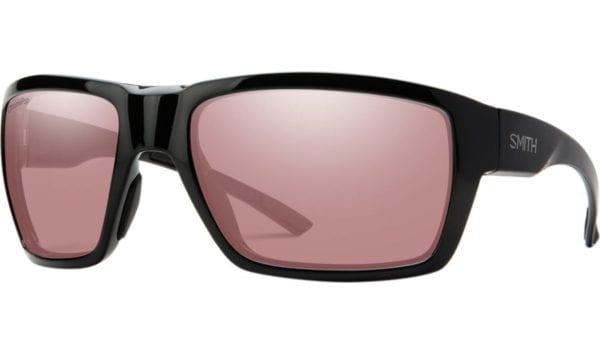 The Smith Highwater Sunglasses are huge! The Highwater frames cover from my cheeks to above my brow, leaving little uncovered portions of my face. They sit well over my cheek bone and wrap closely around my face. 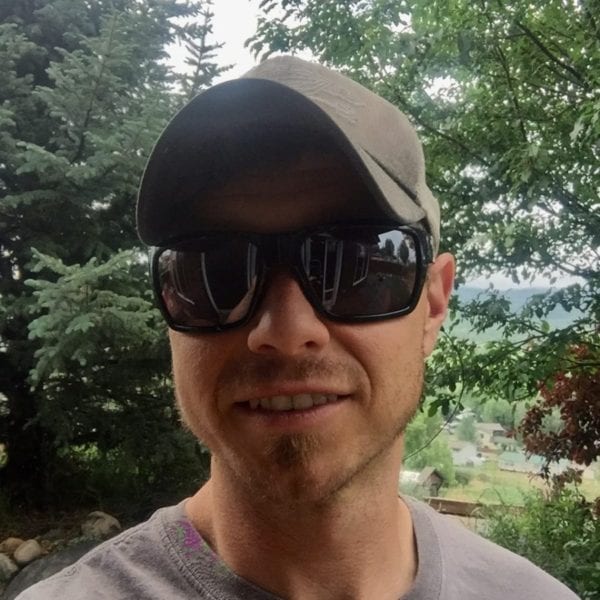 The temples of the sunglasses are thin and have a slight curve which wraps around my head nicely. On the ends of the temple there are soft rubber pads help the glasses stay in place. These rubber pads can be switched out for the Smith Retainer that includes a leash so that your new sunglasses won’t end up on the bottom of a river. The nose-piece of the glasses is integrated to the frame and sits comfortably along the sides of my nose. 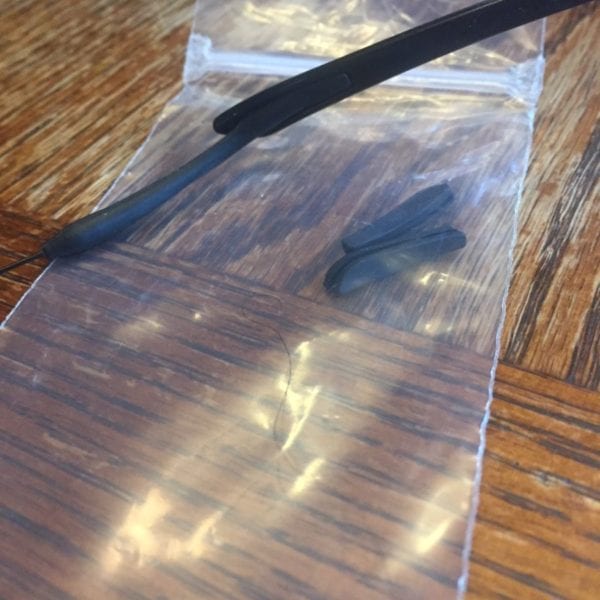 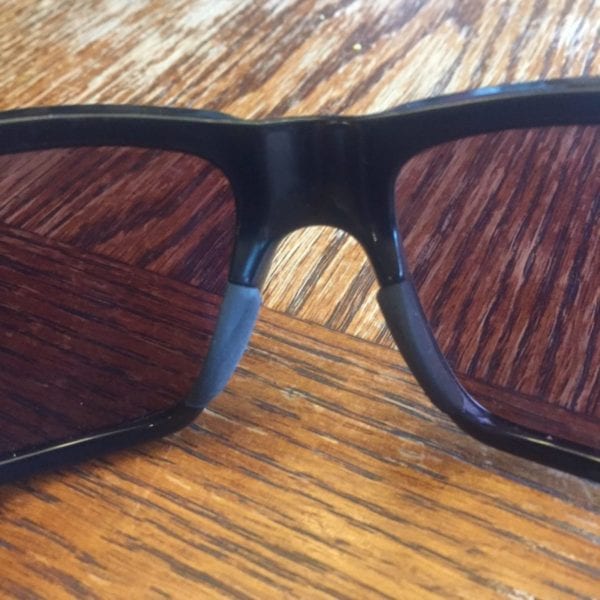 The lens of Smith Sunglasses is the bread and butter of the company. The Chromopop Plus Polarchromic Ignitor Lens that came with these glasses is recommended by Smith Optics for every land and water based activity. These lens are heavily packed with features that are designed to enhance the outdoor experience. 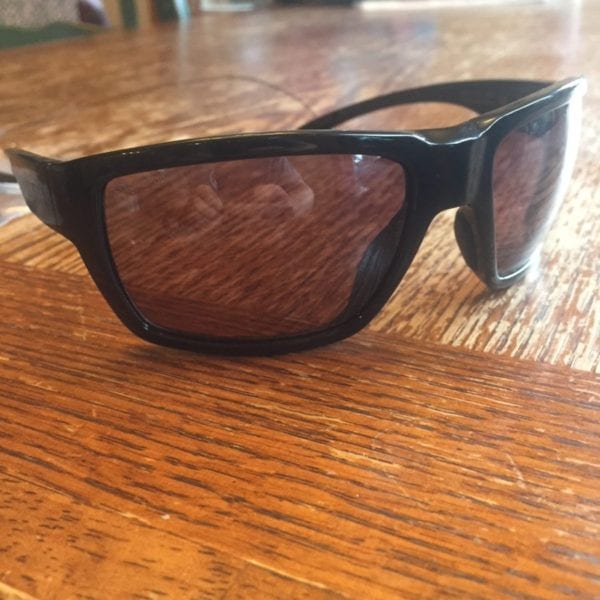 Chromapop lens are designed to give more definition to the world around. In order to do this Smith used the Chromapop technology to split the light coming into the lens into the primary colors. This is what makes the world through these lens “Pop Out.”

The Polarchromic feature creates the lens ability to adapt to changing light conditions. This makes it so that a constant level of light reaches the eyes no matter what the conditions are outside. 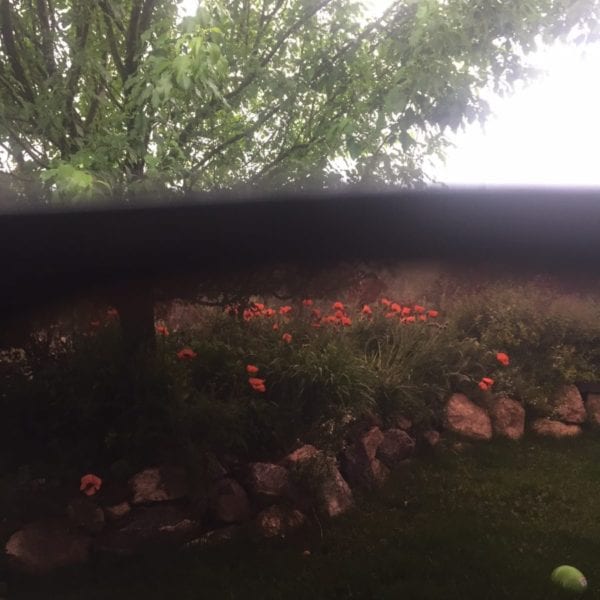 Additionally these lens are polarized and also have a protective layer so that they are grime and oil resistant.

The Smith Highwater Sunglasses with the Chromopop Plus Polarchromic Ignitor Lens come with a glasses bag  as well as zippered semi hard case. 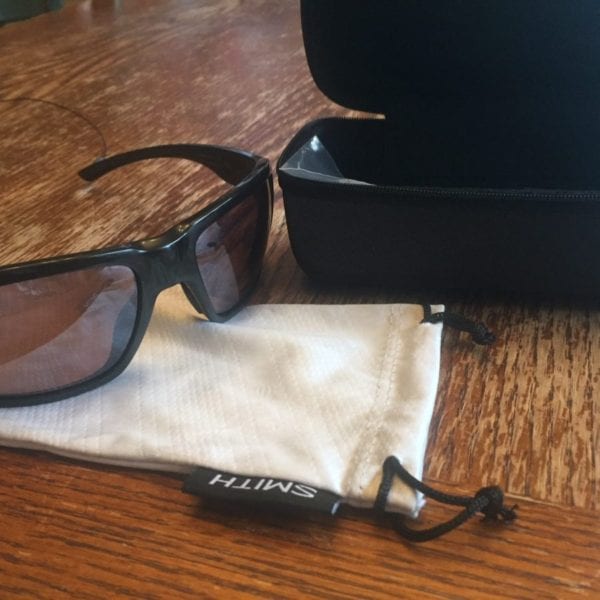 The Smith Highwater Sunglasses with the Chromopop Plus Polarchromic Ignitor Lens are simply awesome. Smith Optics hit the nail on the head with these. They are the great glasses for anyone but really are perfect for a “fish bum”, like me.

The frames of the Smith Highwater Sunglasses contour my face perfectly. The snug fit in addition to the oversized lens block out stray light which accompanies bright days on the water. The frames sit perfectly on my cheek bones and create minimal pressure from the nose piece. The temples of the glasses, like the rest of the frame, fit perfectly. I have worn these glasses on fifteen hour float trips and the glasses were comfortable the entire time.

The integration of the Smith Retainer is key. The use of add-on glasses leashes often bother me with bulky attachment points. The built Smith Retainer does not change the amount of material that presses against the sides of the head so the glasses never become uncomfortable to wear.

I am in love with the Ignitor Lens on the Smith Highwater Sunglasses. The Polarchromic Ignitor Lens adapts to the changing light conditions by self-tint adjusting. This allows me to be out in virtually any light conditions and benefit from this lens. On a recent float trip I would be wearing the sunglasses at times when the other anglers were not wearing any glasses because theirs had too much tint. This allow me the extra protection of wearing glasses when fishing when others were not so fortunate to have the same safety. 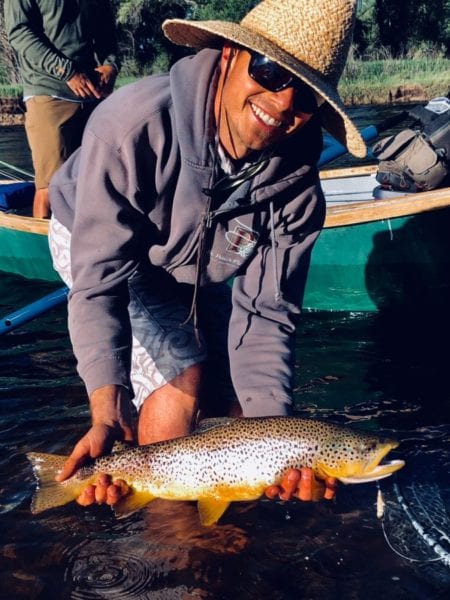 If you have not had a chance to wear any of the Chromapop lens lineup, you should. It is incredible how crisp the view looks when wearing them. Imagine the world in high definition.

It did take a little bit of time getting used to brightness of these lens. The Ignitor Lens lets a bit more light in than my other sunglasses. This is not a problem, but it is a contrast to a darker brown lens that I was used to.

Along with the the great features of the Highwater Sunglasses with the Chromopop Plus Polarchromic Ignitor Lens Smith Optics stands behind all of their products with a solid warranty. Aside from scratched lens Smtih will take care of any defective products.

If you are looking for the perfect sunglasses to spend a day on the water with, the Smith Highwater Sunglasses with the Chromopop Plus Polarchromic Ignitor Lens should be on your short list. These shades are designed with the angler in mind. With a perfect sun blocking fit to the incredible Polarchromic Ignitor Lens you can’t go wrong on these sunglasses.

For more information on the Highwater and other Smith Optics products, visit www.smithoptics.com