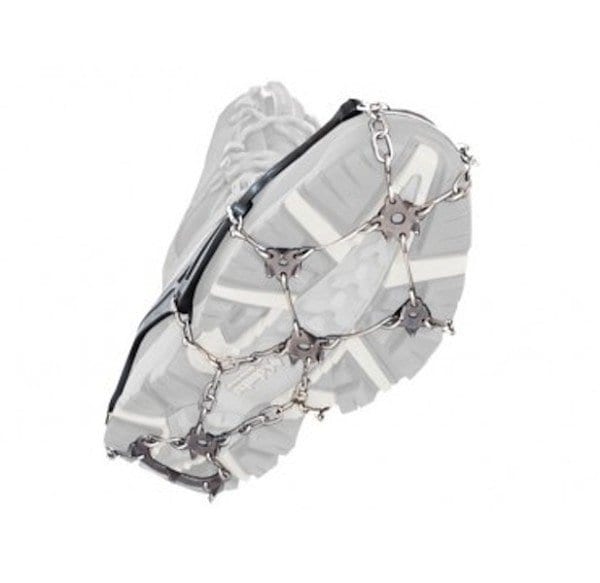 Are you ready for better wading experience when fly fishing? The Hillsound FreeSteps6 Crampons are removable stainless steel chains and spikes for shoes and boots used for traction on slick surfaces.  These ‘over the shoe’ spikes are marketed for anyone who needs secure footing on icy pavement, slick trails, and riverbeds.  Over the past few weeks, I have had the opportunity to field test the Hillsound FreeSteps6  in the mountains of Colorado. I am looking forward to testing their ability to keep me upright when walking on treacherous terrain.

Throughout my field tests, I have pulled the HillsoundFreeSteps6 Crampons over my hiking boots, snow boots, and wading boots to see how well they would keep me from sliding around. 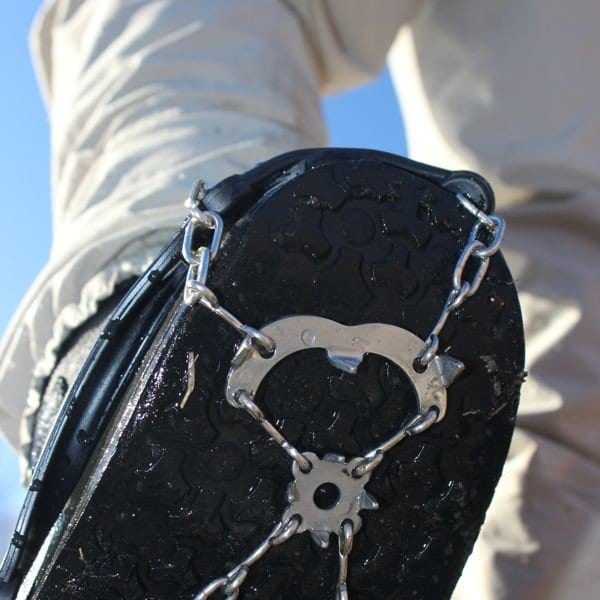 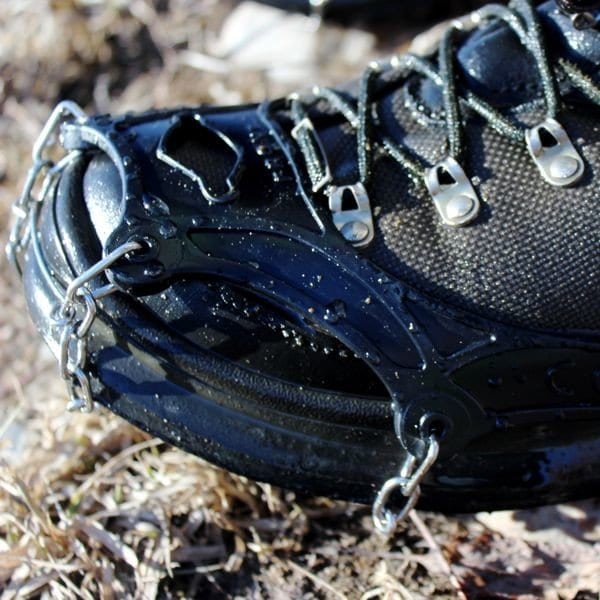 I field tested the Hillsound FreeSteps6 Crampons in a Rocky Mountain river that is known for slick algae covered rocks that are difficult to wade on.  I found the crampons to be a bit of a struggle to put on over my wading boots due to their extra large size. However, with a bit of persistence, I was able to get them securely on. For this reason, I would recommend going a size up on these Crampons especially if the intent was to use them in conjunction with wading boots.  Once on my wading boots, they provided great traction.  It took a couple of minutes to become adjusted to their ability to grip on the stream bed, but after I got the hang of it I was much more confident wading.  Soon I found myself standing and casting on large, round, slick cobblestone which would not have been possible without the Hillsound FreeSteps6 Crampons. 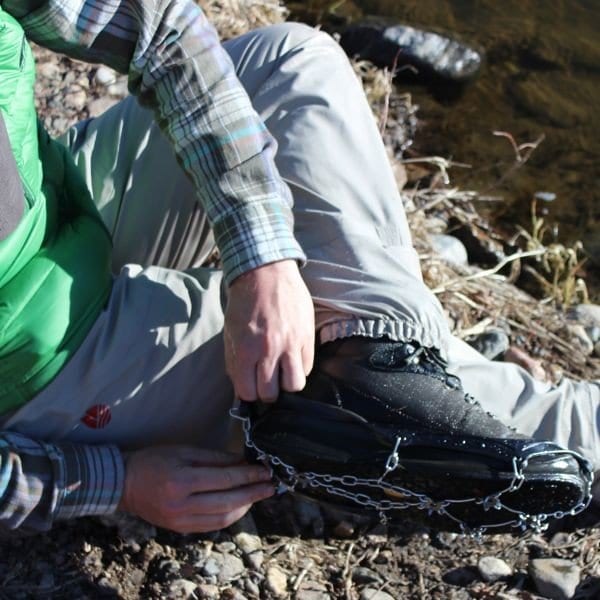 The Hillsound FreeSteps6 were also beneficial for traction on walking on icy surfaces.   I was able to test these out on the slick pavement as well as ice fishing. In general, they did a great job in all of the ice-covered areas providing solid traction.

Another feature that I really enjoyed about the Hillsound FreeSteps6 is how easy they fit into my fishing pack.  When folded up they fit easily into my Fish Pond Delta Sling Pack that I reviewed about two months ago.

The Hillsound FreeSteps6 is a great way to gain traction on any slick surface.  When it comes to fly fishing I am able to access more water now that I can wade easier on the algae-covered rocks. On icy surfaces, they provide the traction needed to enjoy your favorite outdoor activity so you do not have to worry about slipping on the ice. Pick some up, it only takes one slip and plunge into the icy water to make for a miserable day.