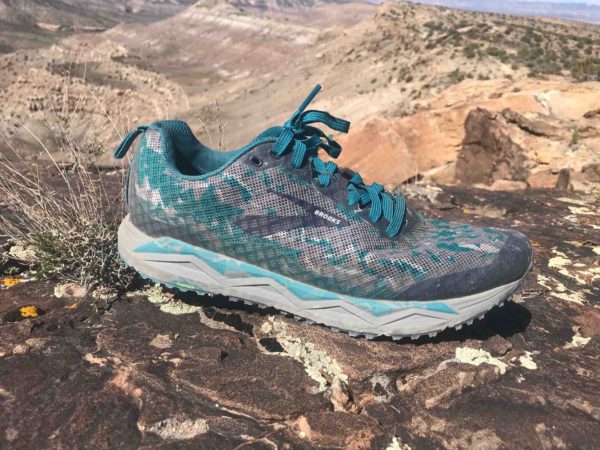 The Brooks Caldera 3 is an excellent choice for trail runners that like a little extra cushion without a lot of extra added weight.  Weighing in at 9.3oz, the Brooks Caldera 3 trail running shoe cruises through the trails with little effort. This shoe is designed for runners who log longer miles on the trails but don’t want to have their feet and legs taking all the brunt of the impact. 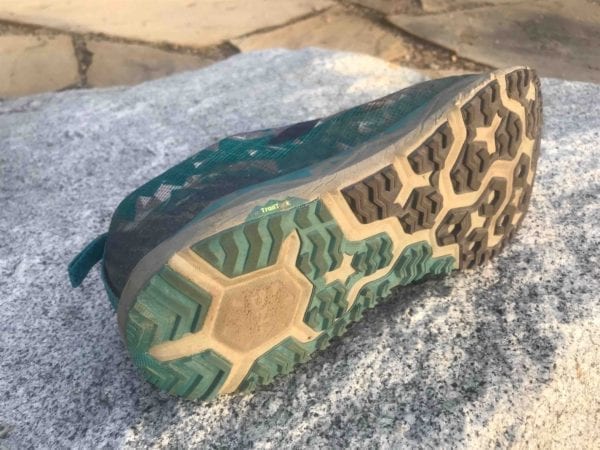 The Caldera 3 doesn’t have the traditional bigger aggressive trail running shoe lugs, rather they have lower profile circle rubber lugs that are similar to a road running shoe.  Since this shoe is more designed for longer trail runs, you’re typically not going to be flying down technical trails at moc speed when you’re trying to conserve your energy.  Having logged 500+ miles in the previous version of the Brooks Caldera, I can attest that this lug pattern will keep you upright on the trail as long as you’re not trying to push the limits going from rock to root to rock at a 15-minute 5k pace.

While this shoe isn’t a road running shoe, it does incredibly well for running on the road.  With the less aggressive lug pattern, soft midsole and weighing 9.3 oz, there is no worry as to whether these shoes will be a delight on the road if you need to hit the pavement. 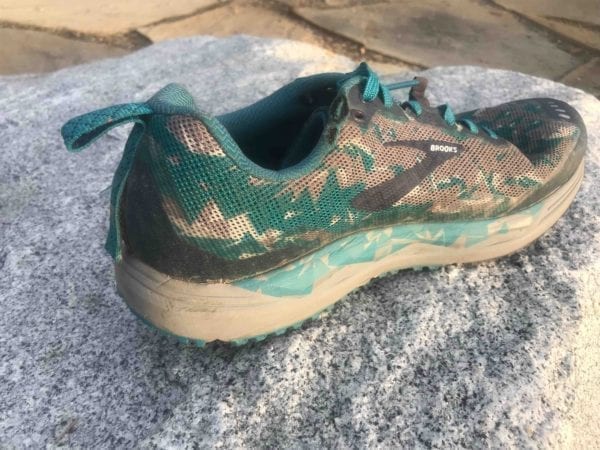 The Brooks BioMoGo Midsole provides a smooth pleasant ride.  The Brooks Caldera 3 has a little more cushion than the traditional trail running shoe and fits between the regular and max cushion categories  I think this extra cushion really comes into play while on long runs or for those who want a little extra cushion to take the blow and protect their body from taking the impact from running.

While these shoes may have more cushion than a traditional running shoe, it is important to keep your running form as much as possible to prevent yourself from counteracting the benefits of the extra cushion. 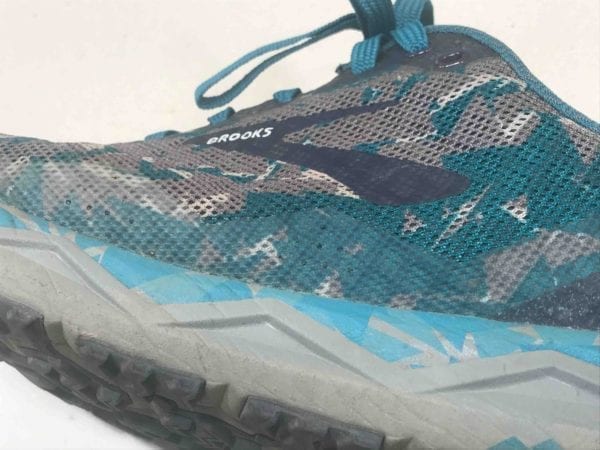 There are a few features that go beyond being breathable and lightweight.  The first thing that you will notice when you pick this shoe up is the protective layer that goes up the side of the shoe and helps keep water from getting into the shoe in case you run through a puddle.  This also helps the shoe keep its form and allow also helps prevent the sides of the mesh upper from getting shredded by rubbing up against rocks and branches.  There are a few small holes in this layer that allows water to drain out in the event you have a water crossing and want your shoes to drive out.  In our testing, one of the tested had a stream crossing in a 25-mile trail race.  After two miles of encountering the water crossing, the shoes were pretty darn dry she said. 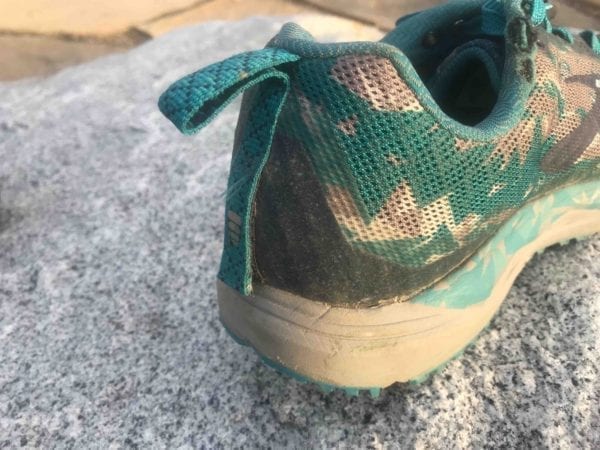 The other feature that I like in the Brooks Caldera 3 is the trail running gator attachment on the heel of the shoe.  There is a new configuration from the previous version on the gator which makes it a little easier to use.

The Caldera 3 holds it’s own on the trails for the most part, but I found that the shoe is a little more unstable compared to a less cushioned running shoe on the really uneven trail surfaces.  I found that if I tightened up the laces, more than I normally do, I am able to get a lot more stability out of the shoes on uneven terrain.  I don’t make it a habit to tighten and loosen my shoes during a trail run, so while you can tighten the shoes on more technical sections, it’s not something most of us will do.

Keep in mind, less stability is a common issue with max cushion shoes as the higher your foot goes off the ground, the higher the center of gravity for your foot. 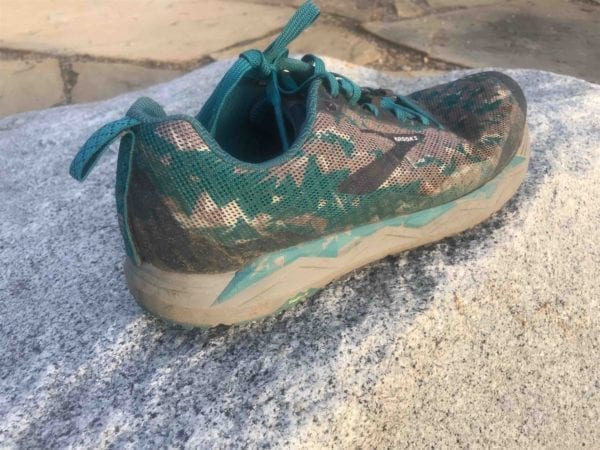 The Brooks Caldera 3 is one of the most versatile trail running shoes on the market as it can take on longer trail distances in comfort along with cruising the concrete jungle when necessary.  I’ve been a fan of this shoe from the first time I laced it up and I continue to be a fan of the Brooks Caldera.  Visit Brooksrunning.com for more information.