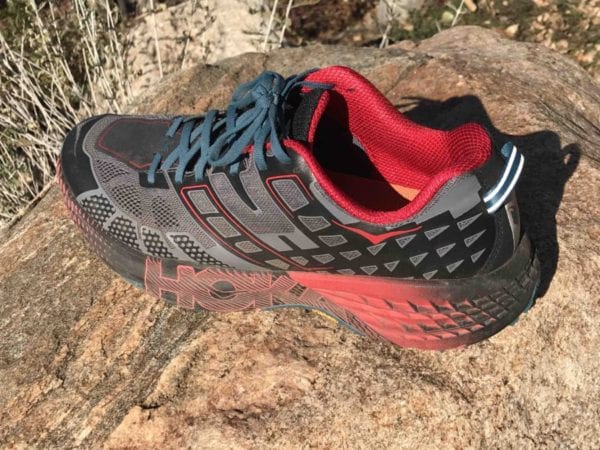 The Hoka Speed Goat 2 trail running shoe is designed for speed and cushion on long runs while providing outstanding traction to keep you upright. The Speedgoat 2 weighs in at 9.8 ounces which makes this shoe a little lighter than most trail running shoes, but provides the stability and durability we expect out of a quality trail running shoe. 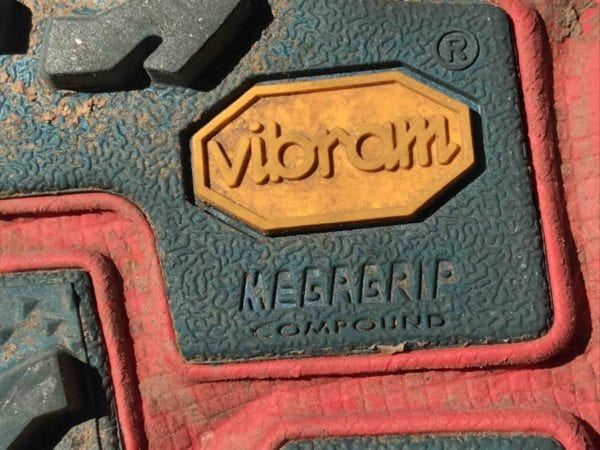 In the past, Hoka has been criticized in its trail running shoe lineup for having outsoles that don’t up for more than a few hundred miles for trail runners who log a lot of miles and run technical trails.  This is a known issue and it’s good to see that Hoka is fixing the problem through the use of Vibram Megagrip in the outsole of the shoe.

Vibram MegaGrip has been around for a few years now and is known to provide grip on both wet and dry surfaces without wearing out too quick.  You will often see an outsole rubber with great grip but lack in the durability department or you will see a outsole that will last a long time but won’t be great in the grip department.  Vibram Megagrip is the perfect blend between the two options.

To date with hundreds of trail miles and 50’ish road miles, I find the SpeedGoat 2’s outsole to show minimal wear and I can see them easily hitting 500 miles.  Now, it’s the midsole cushioning that will wear out before the outsole which is how you expect a shoe to go through its life. 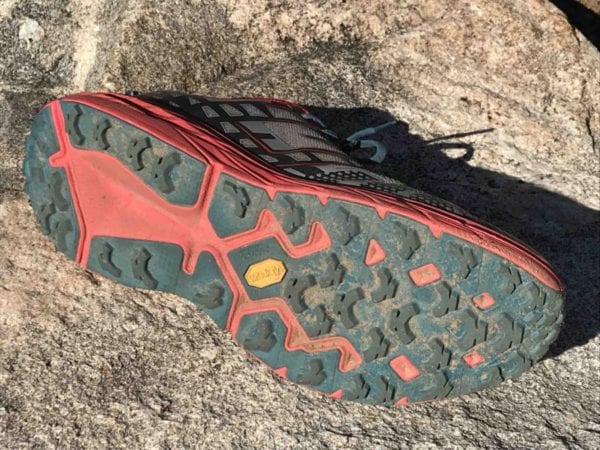 To help keep you upright on the trails, it’s not just about the rubber compound, but a lot of it has to do with the lug design and layout.  There are dozens of lug designs and layouts I’ve tested over the years that work well and the lugs on the Speedgoat 2 fall into the work well category.  The design layout helps for both uphill running and downhill running while being able to move from side to side without face planting.  The lugs on the toe and sides of the shoe are designed to grip the surface on the uphill and through the middle and rear of the shoe there is a reverse pattern to help keep your shoe from washing out while blazing the downhills.  There is a portion of exposed EVA on the bottom of the shoe that can get a little shredded from rock exposure, but this doesn’t affect the performance of the shoe.  The main reason for removing the rubber from the bottom is to reduce weight and allow the shoe to flex in places you want it to flex. 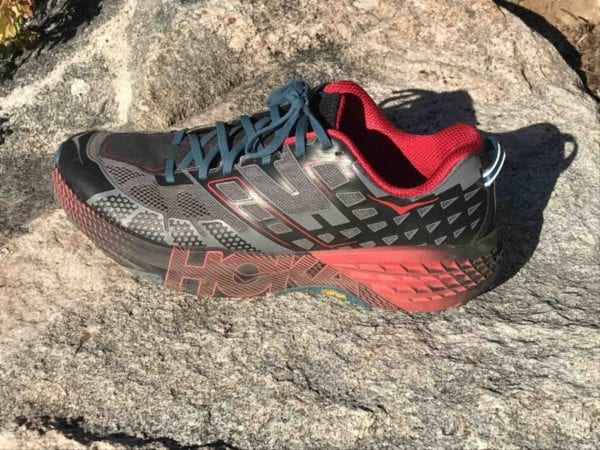 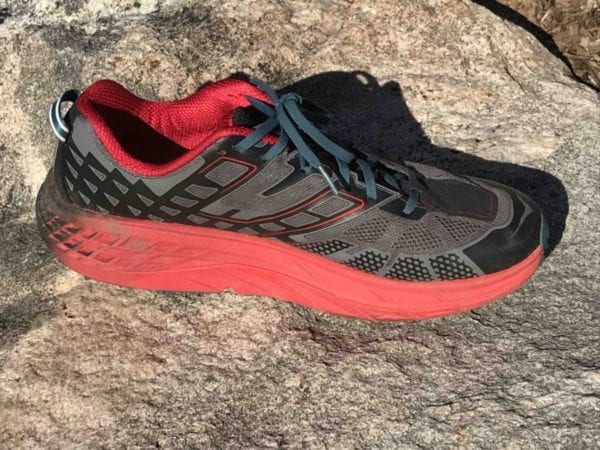 The Midsole of the Hoka Speedgoat 2 incorporates some design on the outside to keep the shoe from looking too big.  For one reason or another, our eyes find the shoes more appealing when you don’t have a huge midsole with one solid color.  There’s also some block patterning of the EVA near the rear of the shoe; I haven’t any performance benefits to this pattern.  Once again, it’s to make the shoe look a little more normal and faster. 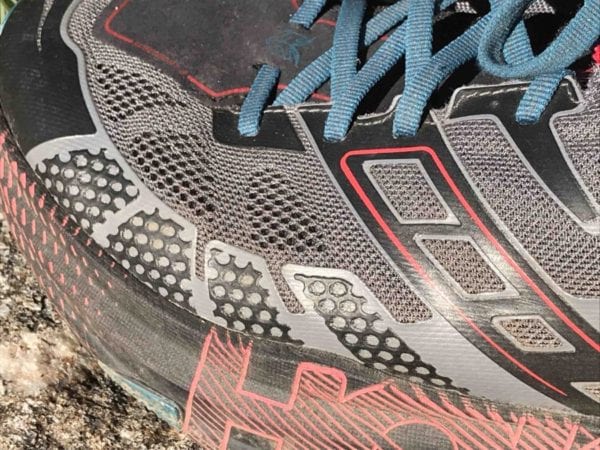 The midsole/outsole platform is a little wider than the Speedgoat 1 that provides a little more stability, a nice addition for a lot of runners.  I’ve found on narrow single track that my feet would catch a little  on the trail, but I also have bigger than normal feet with a size 12.5. 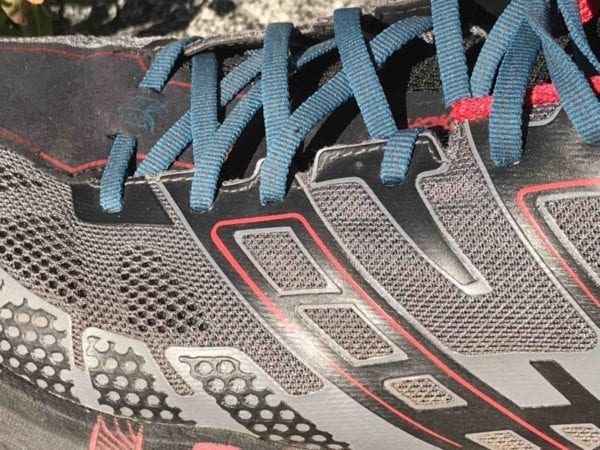 The upper of the Hoka Speedgoat 2 fits like a glove.  The shoe initially feels a little snug in the toe box for medium to wider feet, but after a couple minutes of running, the material expands and the shoe feels great.  As long as you don’t have super wide feet, the upper should hold up until they’re sent to retirement.  Th