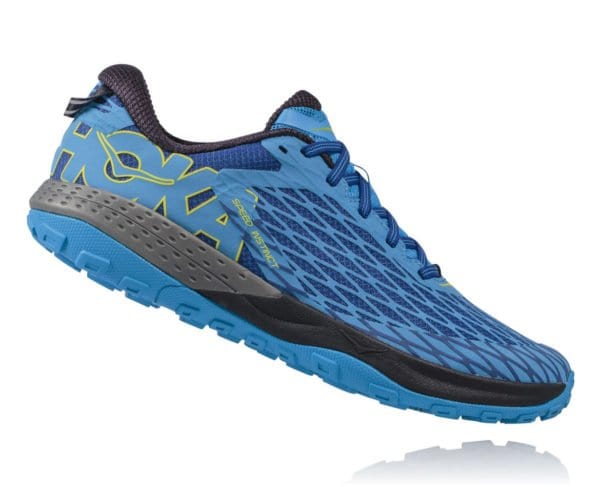 Hoka One One has quickly become that brand that had many people are scratching their head about, thinking how can I wear these shoes without looking like an astronaut.  Fast forward a couple years with being under the Deckers corporate umbrella and hundreds of thousands of happy runners, whether you look like you’re flying into space or not, Hoka is here to stay.  While Hoka has long been known for big marshmallow like midsoles, The Hoka Speed Instinct swings more towards your traditional trail running shoe, although this is considered a racing or minimalist shoe for Hoka. 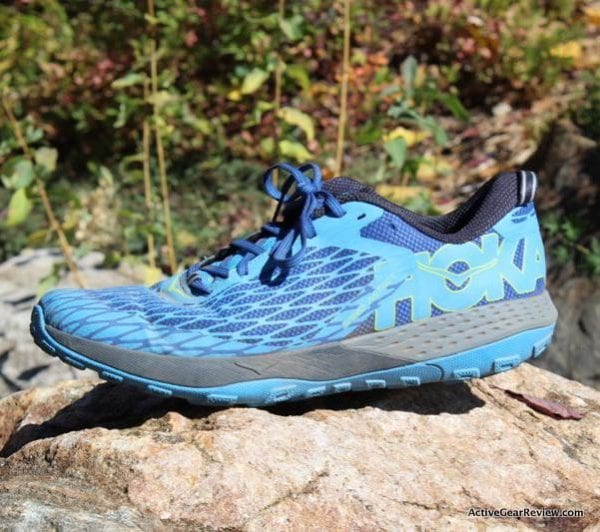 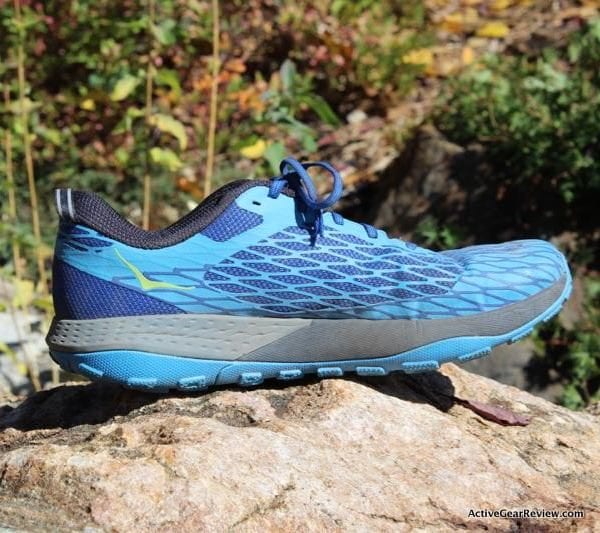 The upper on the Hoka Speed Instinct gets high ranks for all important features you want to see in a running shoe upper.  The overall fit is great for the average sized foot, not too loose and not too snug.  Exactly what you need for a confident run on the trails.  The heel cup keeps your heel nice and secure without any unnecessary rubbing. The fabric used around the heel is soft but your foot won’t slide up and down which often creates blisters. The toe box of the Hoka Speed Instinct is just right for the average foot.  It allows your foot to splay a little, but I wouldn’t call this a wide toe box for those with a EE fit. 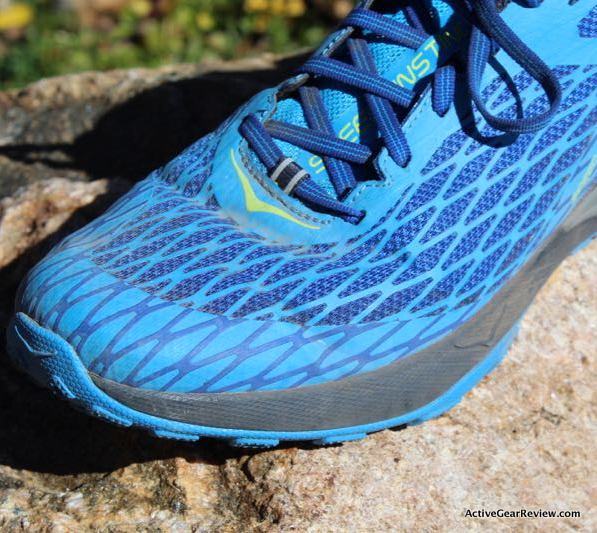 The Hoka Speed Instinct breathes similar to most other trail running shoes and the mesh upper helps keep out small rocks, pebbles and debris. 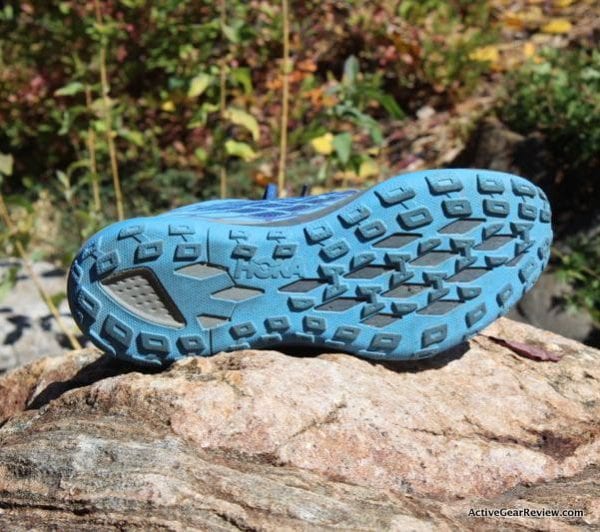 The outsole of the Hoka Speed Instinct falls in line with most other Hoka’s on the market, it’s not aggressive.  One thing that you will notice after looking at Hoka’s running shoes is that they don’t have big lugs on the outsole.  My assumption is that with a thicker midsole, big lugs would add to the tripping hazard.  I haven’t found the lack of lugs to be a major problem on my runs to this point, but I’d like to see a little more in the future if they come out with version 2.  As far as the durability of the rubber goes, I’ve found the rubber to hold up pretty good to this point.

There Hoka Speed Instinct has a denser EVA in the forefoot compared to the heel, which is why you get the cushiony feel when you’re transitioning from heel to toe.  The denser forefoot EVA keeps it from breaking down too fast for those times when you’re running technical trails and on your toes a lot.  Compared to other running shoes such as the Brooks Cascadia or the Saucouny Exodus, the Hoka Speed Instinct has more of a cushioned ride.