I have heard rave reviews from Inov8 fans for the last few years, and finally got the chance to wear my first pair; the Inov8 Race Ultra 270.  This shoe was made for the ultra race, and tried to incorporate the needs of the runner who would be out for hours.  I was impressed with the grip of the outsole, and overall comfort of the shoe.  I am used to wearing minimal shoes with limited support, and immediately noticed that this trail shoe offered more cushion in the upper.  However, it is still a low cut shoe that doesn’t try to swallow your ankle.  This is a comfortable shoe that was designed for many hours on the trail.  So far, so good.

The Inov8 Race Ultra 270 has a 4mm drop, which is slightly less than prior versions of the Race Ultra.  Inov8 has managed to do this while still keeping the cushioning in the heel, with a stack height of 17MM in the heel and 13MM in the forefoot.  I am a fan of low drop and low stack height, so both of these fit my personal style.  Inov8’s Race Ultra outsole is made of compressed EVA, which absorbs enough shock to keep your feet happy.  The sole is comprised of different types of rubber, with harder rubbers utilized in higher wear areas such as the heel. 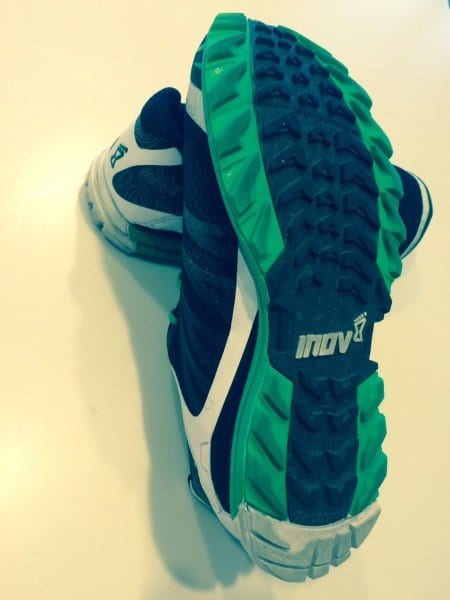 The sole also includes the Meta-Shank III, which is their version of a rock plate.  However, the Meta-Shank is more like 5 mini-rock plates, which align with each metatarsal.  This provides impact protection while retaining additional flexibility across the sole. 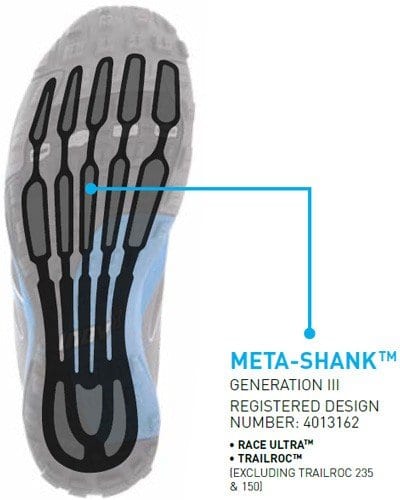 Is this the future?

The synthetic upper is comprised of thermoplastic polyurethane (TPU), which is a common ingredient in today’s performance shoes.  It also includes a mesh lining for low weight.  However, the upper is thicker than what I am used to.  Because of this, the shoe tends to heat up quicker than I would like.  It also does not dry as quickly as a true minimal trail shoe.  This is a negative for me, as I don’t look for the added cushion.  The trade off may be worth it to some, as most people don’t worry about regularly soaking their shoes. A plus would be that this shoe could be worn well into the shoulder seasons with the added upper thickness. 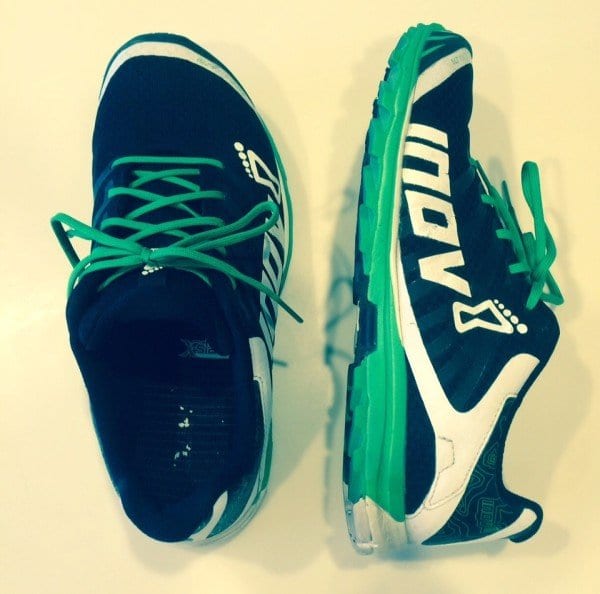 The Inov8 Race Ultra 270 weighs in at 270 grams, or 9.5 ounces.  You’re seeing a theme of how they name their shoes by now, right?  This isn’t the lightest shoe on the market, but it definitely isn’t the heaviest either.  Given the size of the sole and upper, I would say that Inov8 did a pretty good job of keeping the weight down.

The Inov8 RaceUltra 270 runs true to size; however, it fits best for those with a wider foot. While I prefer a wider toebox, I found the shoe to be a bit too wide for me in the midfoot.  I also prefer to keep the laces loose while running, which likely enhanced the feel of a wider midfoot.

The Inov8 Race Ultra 270 performed as expected on rough terrain.  The rubber lugs caught well on rock and dirt, and had enough grip to not slip too much in the mud.  The lugs on the shoe are medium depth, which works well on trails, but don’t transition as well to road.  For that reason, I would keep this shoe on the dirt, versus to be used as an all-around shoe. 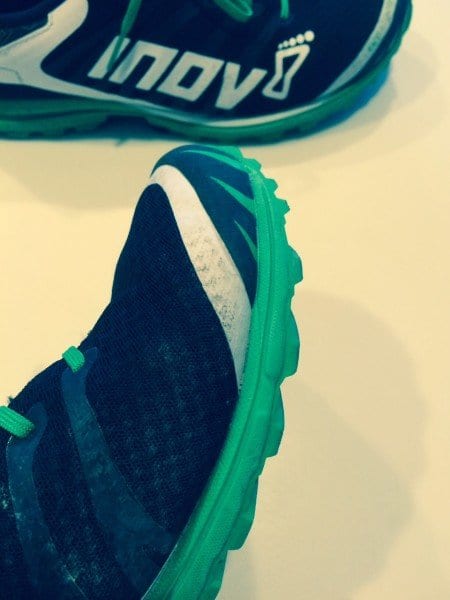 The compressed EVA gripped well on rock, gravel and dirt.  I also did a good job of staying firm to the ground; however, this shoe is not the best in thick mud.  While the lugs are big enough for the average trail, they couldn’t get through some thick muck.  Then again, not many shoes can.  And you aren’t supposed to be on the trail those days anyway, right?  All things considered, the lugs were grippy and could withstand all dry weather trails, including technical downhills.

As I mentioned above, the upper provides enough cushion to keep your foot comfortable on long runs, which of course is what this shoe was designed for.  I also found my feet did not tire out quickly, which is likely due to the Meta-Shank with its ability to maintain stability while keeping side to side flexion. 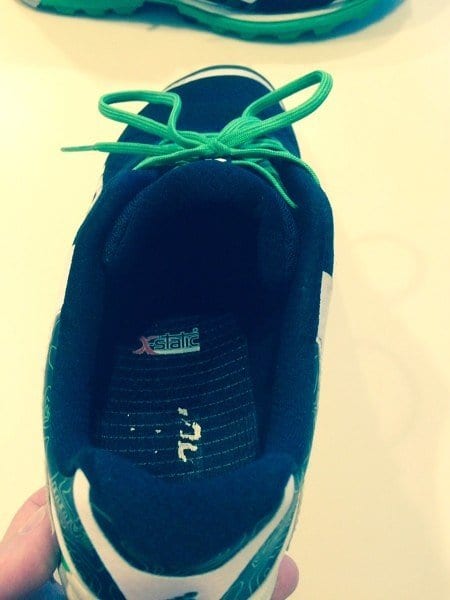 The main gripe I have for the Inov8 Race Ultra 270 is that it didn’t react as quickly as the minimal shoes I am used to.  This is not an issue on a long trail run over mostly gentle terrain, but I did notice it on a few downhill sprints.  On this note, I would prefer if it was a bit more snug in the heel.

Inov8 designed this shoe with ultra racers in mind, and they covered the necessities: lightweight, sole protection, grippy lugs, and long-term comfort.  I was impressed with the ability of this shoe to keep my foot from tiring out early.  However, on technical terrain I wish the shoe fit a bit more snug throughout.  If you have a wider foot, the Inov8 Race Ultra 270 could be your next favorite shoe.