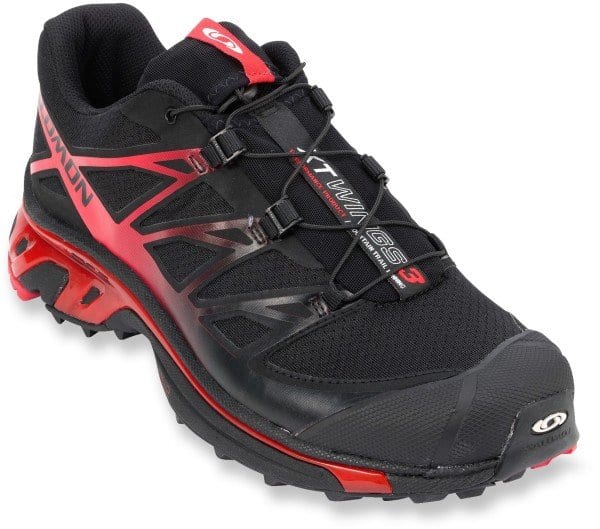 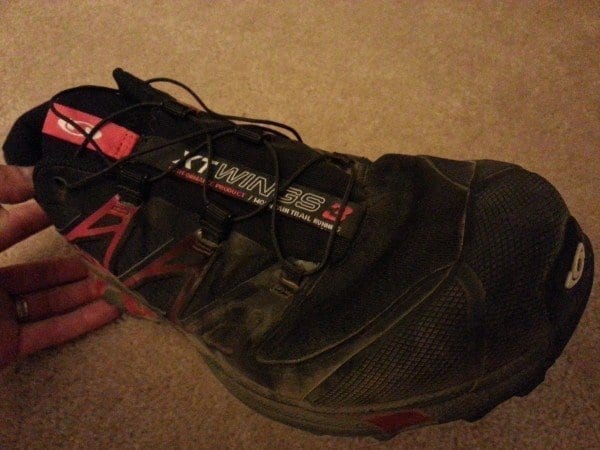 The Salomon XT Wings 3 – made for even the gnarliest of trail endeavors without all the bulk.

I had the Salomon XT Wings 3 on a variety of trails and terrain. These were tested exclusively over a trail system not far from my house; I had the option of either running to the trails through 1.5 miles of mostly concrete, some gravel, and a bit of grass (think 50 yards) or driving to them and parking. If I run to them, I start the run with almost four miles of gradual ascent; if I drive to the parking lot at the top, I have access to 10 miles of  up and down rolling trail system. I usually run to the trail as it provides a great warm up/cool down for trail running. I was a bit nervous to take these on concrete, though. The lugs are oversized, very grippy, and at first blush, seemed uncomfortable for hard surfaces. I was pleasantly surprised, but more on that later. The Salomon XT Wings 3 really pack a lot of tech into a small, lightweight package. As Salomon states on their website, keeping the weight down while adding all the bells and whistles was a major goal of the design of the shoe. Over the testing period, the Salomon XT Wings 3 quickly became a favorite of mine; on runs where I am not testing a new shoe, I reach for them first and will continue to do so until I wear them out. 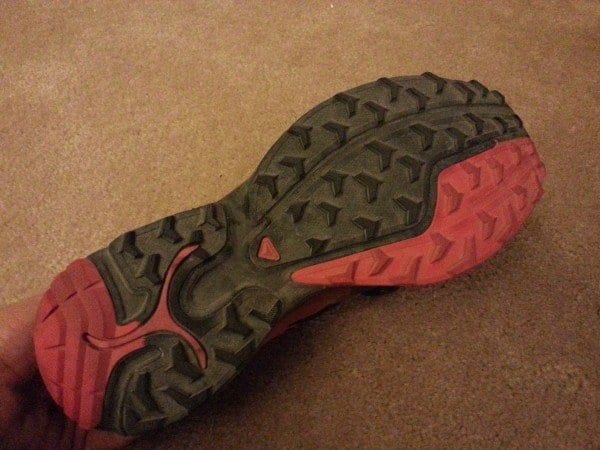 The lug pattern is simple yet effective, and handles varied terrain well.

Tech in the Salomon XT Wings 3

While I don’t have the space to highlight every single piece of tech crammed in the Salomon XT Wings 3, I will talk about my personal favorites. To begin with, it’s hard to find a good trail shoe with pronation control that is actually comfortable. Most companies seem to forget that pronation control is a necessity for several runners (even in trail shoes), and this really helps to distinguish the Salomon XT Wings 3 from the competition. As mentioned above, the best part of the Stability offered in the Salomon XT is that it doesn’t get in the way of the shoe being quick and responsive in all conditions; I had the appropriate amount of correction and never lost feel for the trail. From rocky, technical sections of trail to flat gravel, the Salomon XT Wings 3 responded quickly and efficiently. My second favorite piece of tech in the Salomon XT Wings 3 lies in the outsole itself. The outsole packs a punch in and of itself. While the lugs are aggressively sized for trail endeavors (they were especially nice in sloppy conditions, as they shed slush/mud well due to their spacing and alignment), they did not feel unbalanced at all over concrete, even up to distances of 1.5 miles. While they are a far cry from a road shoe, I’m not uncomfortable taking them from road to trail and back. This is great on trails in which you have a gravel or concrete access, and truly makes them a go anywhere type of shoe. 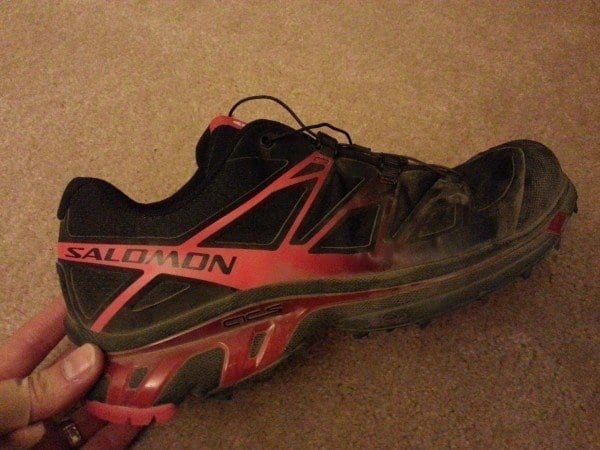 Notice the pronation correction is present, yet not overdone.

Salomon doesn’t skimp on the small details, either; this fact really helped me cement my decision to pick up the Salomon XT Wings 3 first for any trail endeavors. The lacing system, “quicklace” is excellent – they really do lace up with one pull, and no matter how tight you cinch them, the pressure spreads out evenly along the length of the shoe in the first few steps. To get rid of that annoying lace flop, Salomon included a tongue pocket for stashing the laces. With other features such as a mud guard, toe bumper, and high soft ankle collar, the Salomon XT Wings really does stand head and shoulders above the competition. In conclusion, the Salomon XT Wings 3 is the go anywhere, do anything type of trail shoe that serious trail runners and casual enthusiasts alike will appreciate. For more info on the XT Wings 3 and other Salomon products, visit www.salomon.com. 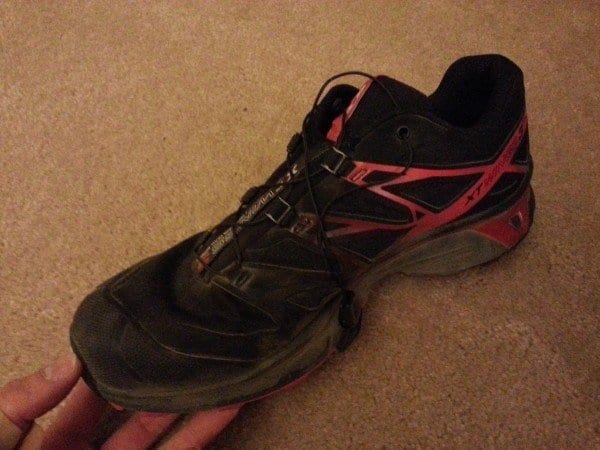 A tongue pocket, excellent pull through lacing system, and reinforced heel cup round out the Salomon XT Wings 3