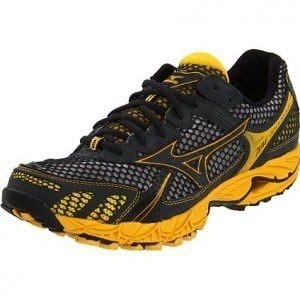 If trail running is your thing and you like to take your trail running shoes seriously, you know there is a difference between a road running shoe and a trail running shoe.  Many times when a larger company like Mizuno makes a trail running shoe, they often change the colors to grays and browns and call it good.  If you’re  running on gravel trails, that is fine, but if you end up running technical trails with ascents, descents, rocks, roots, etc. it is good to have something more than a gray road shoe. 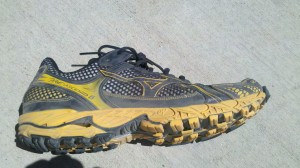 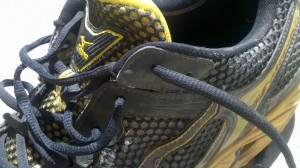 The upper in the Mizuno Wave 6 is primarily made of mesh with some synthetic overlays for foot stability in the shoe.  There are two layers of mesh in the Wave Ascend 6, one that is a little more open and airy that is the outside layer and an inner layer that hugs the foot and is much more of a tight weave that helps prevent dirt from getting in.  On the longer trail runs, I found the smaller dirt particles to get through both mesh layers.  This is pretty typical for a lot of trail running shoes, but from time to time, I run across a shoe that keeps the dirt out no matter what.

On the inside of the Mizuno Wave Ascend 6, there is a super comfy liner that goes around the heel of the foot and is also included on the tongue.  This material has held up over the testing period very well, so I don’t see it wearing down too fast over time.  For lacing, the Wave Ascend 6 has a unique system where you get two independent pieces of synthetic material securing the laces on the inside of the foot.  On the outside of the foot, there are 3 pieces of synthetic material.  By separating out the lacing system, you get a more personalized fit.  Personally, I found the shoe to fit very snug and I felt confident on the technical sections on my trail runs. 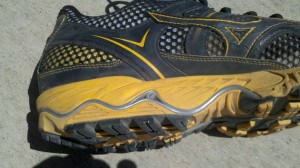 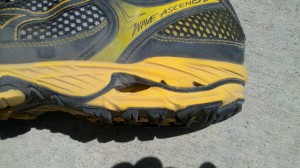 The Midsole on the Mizuno Wave Ascend 6 is a combination of the Mizuno Wave plate and a softer blown EVA.  The Wave plate in the Ascend 6 goes from the heel to the beginning of your forefoot.  This plate offered plenty of stability for me on the trails and it also helps from feeling sharp rocks on the trail.  This is not to say that you won’t feel any rocks or sharp objects, but it helps buffer the impact.  There is a descent amount of EVA in the midsole which provides a nice cushiony ride. 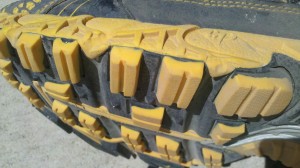 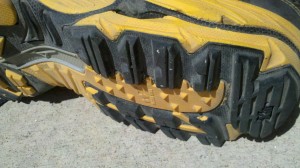 The outsole on the Mizuno Wave Ascend 6 is not the most aggressive outsole, but I found that it got the job done on the majority of trails.  I think for lug form that Mizuno could do a little better job at making a multi-directional lug.  The lugs in the Wave Ascend 6 are best for ascents and descents, but when it comes from side to side motions, they only do an okay job.  As far as durability of the outsole, I have found the Mizuno Wave Ascend 6 outsole to hold up nicely to rigorous testing on technical trails.

My overall opinion of the Mizuno Wave Ascend 6 is that the shoe is best for the runner that takes their trail running serious, but doesn’t need the most technical of technical trail running shoes.

For more info on the Wave Ascend 6 and other Mizuno footwear, visit www.mizunousa.com.