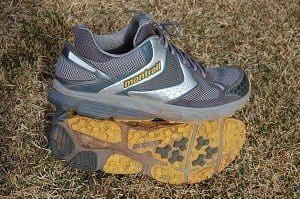 New for Spring 2011, Montrail introduces the Fairhaven trail running shoe with a new posting technology they call “fluid posting”.  The concept is to have fluid like posting that is less rigid than other posted shoes on the market.  This fluid post technology is supposed to offer a smoother transition in a runners gate instead of transitioning in the standard block layers in traditional road and trail running shoes.  The Fairhaven is a trail/road running shoe that is supposed to work well for the trails as well as the roads.  Since many of us don’t have a trail outside our backdoor, we often have to run a few miles to get to the trail. 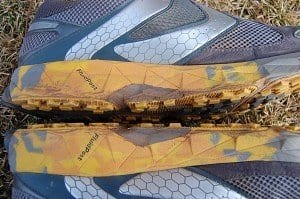 And while the concept of creating a shoe that can run both road and trail well is great in theory, I find that it is a hard thing for many companies to accomplish, including Montrail.  While running on both road and trail, I found the Fairhaven to have somewhat of a clunky feel to it.  In a road shoe, I like to have a little more cushion than a trail running shoe and the Fairhaven just didn’t offer the right amount of cushioning in my mind.  While running trails, I found the shoe to feel a little too bulky and the shoe didn’t offer enough agility on more technical trails.  While running on soft gravel trails and fire roads, I found the shoe to fit the bill. 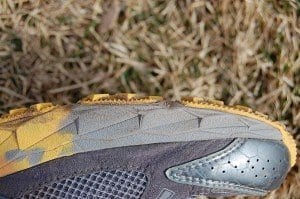 In terms of the lug system, I would have liked to see something that was a little more beefy.  The technology of the lug system works well in that it allows for 360 degrees of traction.  The lugs in the Fairbanks are pretty small though, so when I was on technical trails or in mud and snow, the shoe lacked the grip I was looking for. 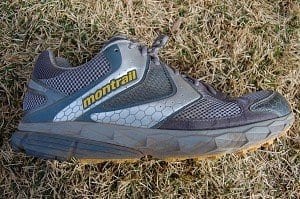 The midsole of the shoe shows to have a 20mm heal to 10mm forefoot drop, which is 1mm less than previous Montrail trail running shoes, but I wasn’t able to see the difference.  The outer of the shoe is primarily comprised of a mesh that allows the foot to breath, while keeping dirt and stones from easily entering the shoe.  The shoe has some synthetic leather on the upper that gives the shoe some additional form, but while it adds form, I think it gets negative points for styling.  The inside of the Fairbanks was a little roomy on my foot creating a little bit of movement which I was a not a big fan of. Overall, I am very happy to see Montrail expanding on its technology with Fluid Posting, but I wasn’t all that impressed with the Montrail Fairhaven.  For more information on the Montrail Fairhaven, please visit https://www.columbia.com/montrail/