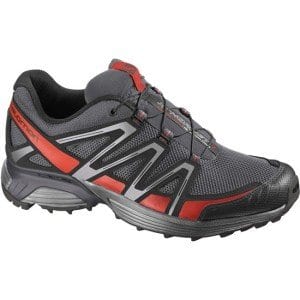 Salomon has long been known to be one of the leaders in the trail running shoe category.  One of the things that sets Salomon apart from many other trail running shoe makers is that instead of trying to make improvements every year on every shoe and sometimes fall short or go in the wrong direction, they just develop a new shoe to meet the new needs and wants of trail runners.  While Salomon responds to most needs and wants of trail runners, we will be talking about the Salomon XT Hornet in this review. 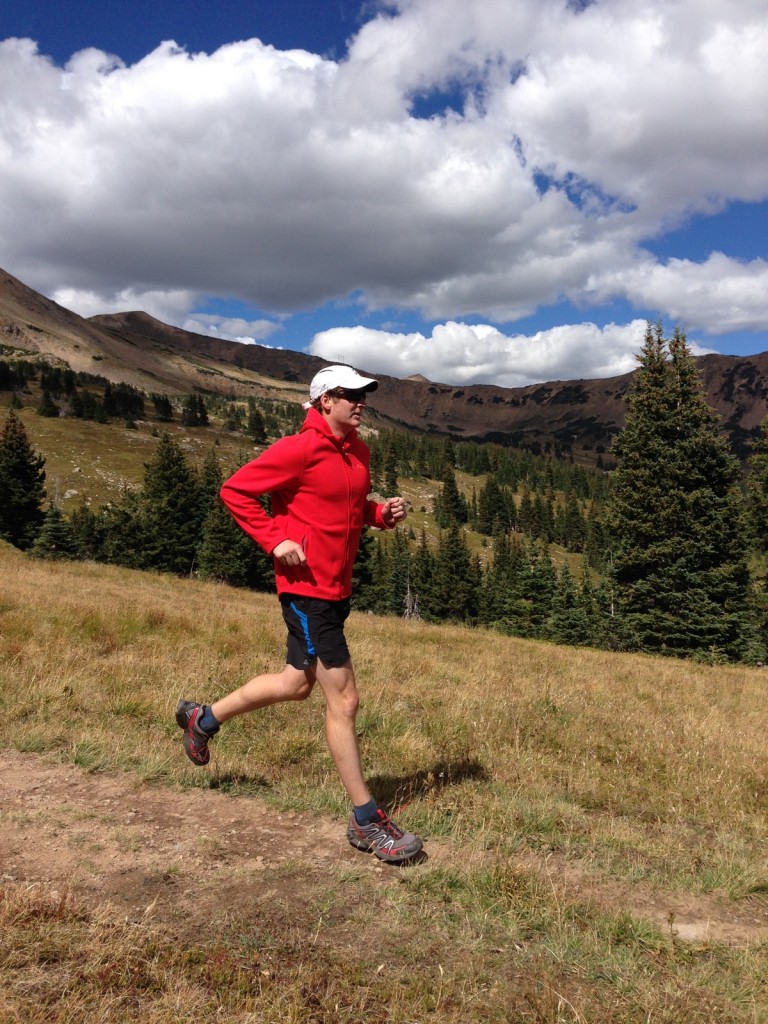 In product reviews, you can read a lot of tech specs such as ounces shaved off and the drop in a shoe, but what matters most to me and many gear heads is how the product performs.  I’ve tested the Salomon XT Hornet in a number of different trail conditions and different types of runs and distances.  The majority of my runs were mid distance training runs that typically consisted of distances between 5-10 miles on the trails.  I’ve also had plenty of runs on both sides of the mid distance spectrum that includes longer runs of 17 miles and shorter runs of 3-5 miles.  Outside of training runs, I’ve also run a few trail races including a few 10k’s and a half marathon.  When considering performance related to distances run, a couple things come to mind.  First is how comfortable the shoes are in all types of distances.  Second is whether I get blisters or hot spots on longer runs.  For comfort level, I have always enjoyed the Insole Salomon uses, which is made with Ortholite material. This insole is sponge like and resilient to hundreds, if not thousands of miles of wear.  Aside from the insole, the amount and density of EVA used also helps provide comfort on longer runs.   Overall impression of the comfort level related to the EVA is positive.  As for hot spots, I didn’t run into any odd spots of wear in the Salomon XT Hornet trail running shoes. I found the toe-box to be a little narrow for my feet which is normal to a tad wide in the toe-box.  This means in distances and races above 20 miles, I prefer a trail shoe that’s a little wider in the toe-box.  Given I didn’t run in the XT Hornet’s on 20+ mile trail runs, I didn’t get any blisters while running in these shoes. 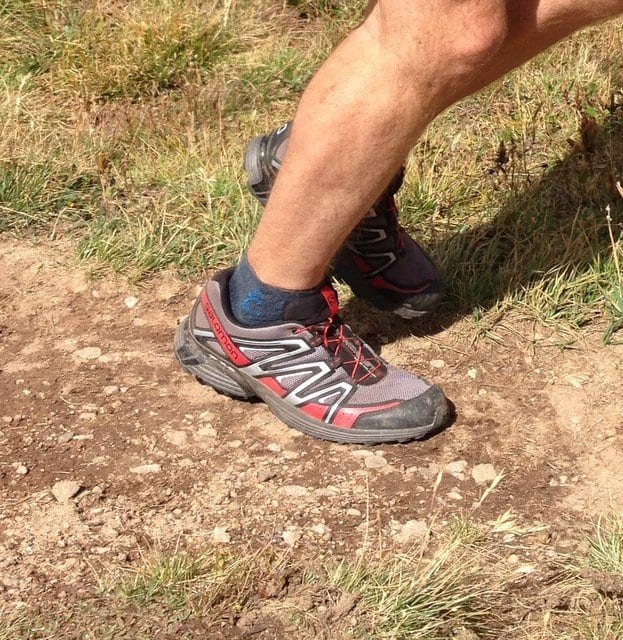 As for terrain I tested the Salomon HT Hornet trail running shoes in, my testing ground is usually Colorado including local runs in and around Denver/Boulder and into the Rocky Mountains.  In Colorado, we are lucky to get a lot variation when it comes to trail types and conditions.  In and around the city, it’s typically a little less technical. That said, I’ve tested the Salomon XT Hornet trail running shoes on crushed gravel, single track with both soft and hard packed dirt, and trails with lots of rocks and roots.  In the mountains, the trails have a lot more rocks which usually means more technical.  With the snow here to stay for the season, I’ve also been able to run in both muddy and snowy conditions.  On all trail surfaces, I found the traction to be good in normal/dry conditions.  On one of my trail races which was a half marathon, it snowed 2 days before the race and the dirt turned into thick mud.  While running in the mud, the shoes didn’t drop the mud so I ended up having an extra 5 lbs on each foot which was challenging over the longer distance.  While this wasn’t all that fun, there wasn’t a shoe that any runner was wearing in this race that was able to repel the mud, so this is more of a null point.

Overall, the performance of the Salmon HT Hornet didn’t disappoint. 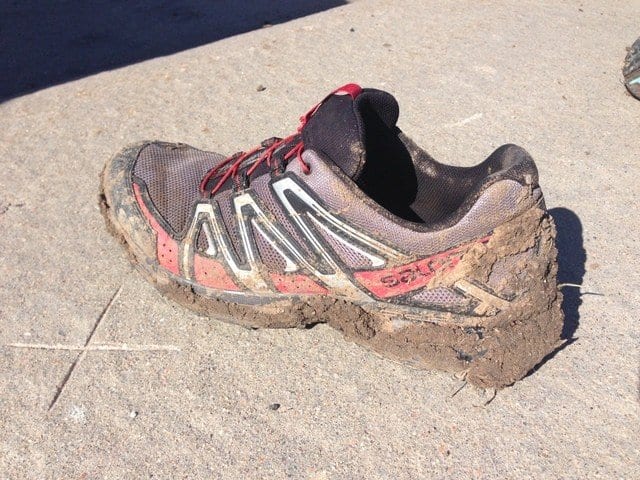 The upper in the Salomon XT Hornet is very similar to many other Salomon trail running shoes.  It consist of Salomon’s design feature that offers support along both sides of the shoe.  In case you’re one of those trail runners that stubs your toes on rocks, roots, etc while running, it is good to know the HT Hornet has a synthetic material covering the toe-box that is beefy enough to prevent any major bruises.  Referring to the performance section, it is important to note that this shoe’s toe-box fits narrow to normal, so depending on your foot type, this could be good or bad.  The inside of the Salomon XT Hornet uses a breathable mesh that wraps around the ankle and has plenty of cushion. For those used to traditional trail running shoes, this isn’t much different from many other trail running shoes on the market.  For the trail runner liking a more minimal shoe, you might find this to be too much material.

As noted in on the Salomon website, the Salomon XT Hornet is considered a stability trail running shoe.  Where you will see the stability element in this shoe is the rear of the midsole.  There is a hard plastic shell that cradles the shoe and helps prevent pronation for those that need it.  I am typically a neutral foot striker while running, but I didn’t notice this extra support to be awkward or too much.  If you hike in your trail running shoes, this little extra support can come in handy.  The midsole of the Salomon XT Hornet has plenty of cushioning/EVA.  This allows for a plush ride on almost any trail surface. 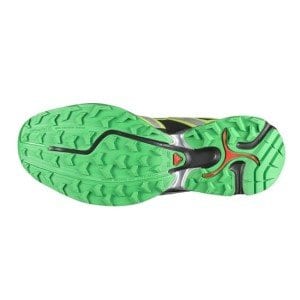 The Outsole of the XT Hornet is in the middle of the road with regards to traction.  The lugs on this outsole are neither tiny or large, which leaves the shoe with medium sized lugs.  As with most trail running shoes, the Salomon XT Hornet has bi-directional lugs that help you climb on the forefoot and a reversed direction for downhill to help provide control.

The Salomon XT Hornet trail running shoes are great for the trail runner that is looking for the training shoe that can log miles, tackle almost any terrain, and provide stability and comfort.  Having run hundreds of miles on dozens of different trails, I am very pleased with this shoes performance and give it my stamp of approval.