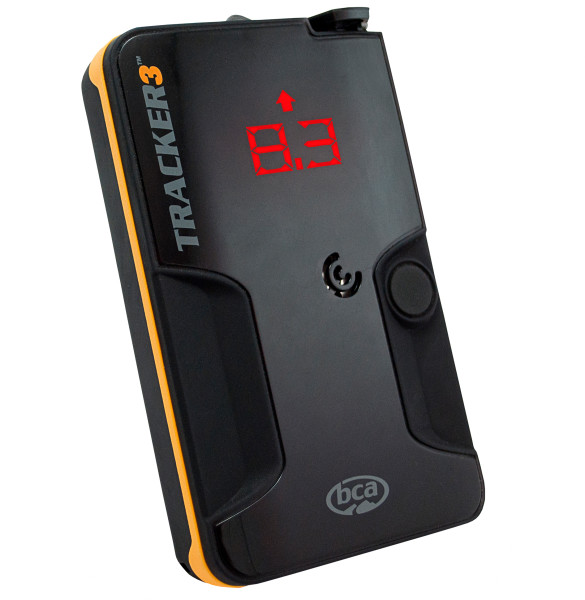 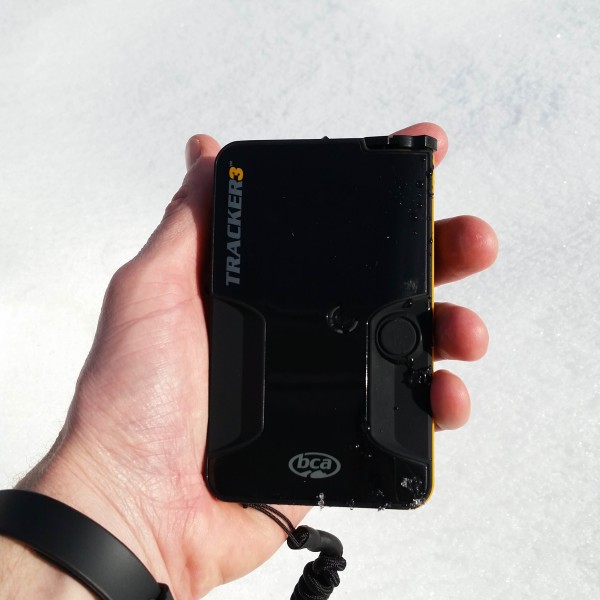 BCA Tracker 3 in Palm of Hand

For those who are familiar with the BCA Tracker line, we know the beacons have typically been larger than other beacons on the market.  With time, BCA has been able to trim down the Tracker avalanche beacon and with the BCA Tracker 3, you get a smaller, lighter, and more compact avalanche beacon with more capabilities than it’s two previous editions.  Think of it in terms of a TV. We used to have the large box like TV’s and for the time, they worked great and provided us the entertainment we ever so needed. Many years later, technology and competition came about and TV’s are a 1/10 of the size of they were 10-15 years ago.  The BCA Tracker 3 is 20% smaller than its predecessor, the BCA Tracker 2, and even smaller than the BCA Tracker DTS.  Similar to when TV’s started to change, old box TV’s were still sold while the new TV’s enter the market.  Some of the obvious differences between old and new, price and size. 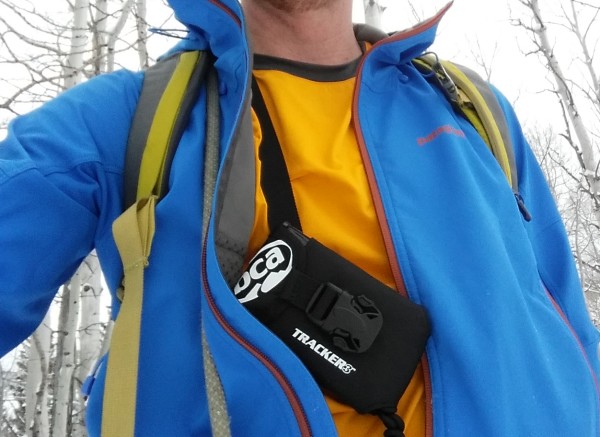 Today, BCA has 3 Tracker Models on the market; the Tracker DTS which sells for $239.95, the Tracker 2 which sells for $299.95, and the Tracker 3 which we are reviewing here and sells for $335. The main avalanche beacon functions of transmit and receive haven’t really changed from the start.  At this point in search and rescue and avalanche beacons, there is not a lot that can be changed in the way in which we attempt to rescue those caught in an avalanche which means the basic transmit and receive features will most likely not change in the near future. 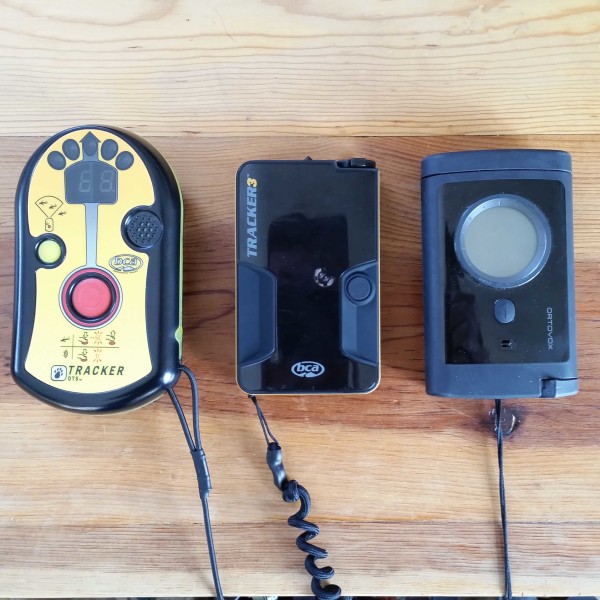 Side by side comparison with Tracker 3, Tracker DTS, and Ortovox 3+

It all depends on who you’re talking to when it comes to the size of a beacon.  While out in the backcountry, I liked that the BCA Tracker 3 was a little more compact when it was sitting on my chest in the harness.  While the Tracker DTS and Tracker 2 aren’t all that bulky, I can tell a small difference in the size when traveling with the beacon.  Compared to my Ortovox 3+ Beacon that I also use, I found the size difference to be close to the same.  When having my wife who has very small hands compare the BCA Tracker 3 with the Tracker DTS, she found the Tracker 3 to be easier to hold on to, but she also mentioned in was not a deal breaker when comparing the sizes.  If you place your beacon in a jacket and pants pocket, the smaller size of the BCA Tracker 3 will come in handy.  I personally like to use the chest harness when using avalanche beacons.

Multiple Burial features in avalanche beacons are a nice feature to have when traveling in groups.  The odds of you having to use the multiple burial features on an avalanche beacon aren’t high, but if you happen to be within the small percentage of people that need to use the feature, it is nice to know you have it.  The BCA Tracker 3 has what it calls the “big picture” in which it can tell you how many beacons that are on transmit are within the field of detection (50 meters).  While searching for transmitting beacons, you can suppress a beacon which in essence says that you found the beacon and you can then go on to find the others in your party.  This primarily comes in most handy when you have multiple people able to help probe and dig.  One potential downside to the BCA Tracker 3 is that you can’t mark the locations of the burials to come back to later, but you can typically drop a glove, hat, or other object to come back to.

Other Tracker 3 Features worth noting 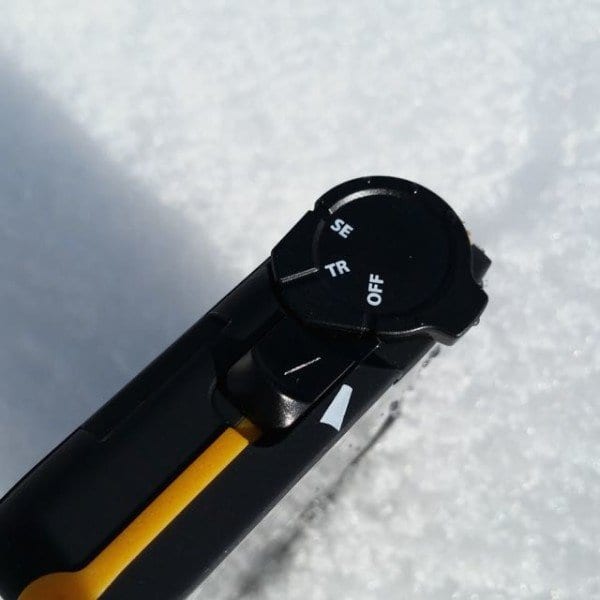 How to switch between modes on the BCA Tracker 3

The switch to move between off, transmit, and search on the BCA Tracker 3 sits on the top of the avalanche beacon and is very easy to use. 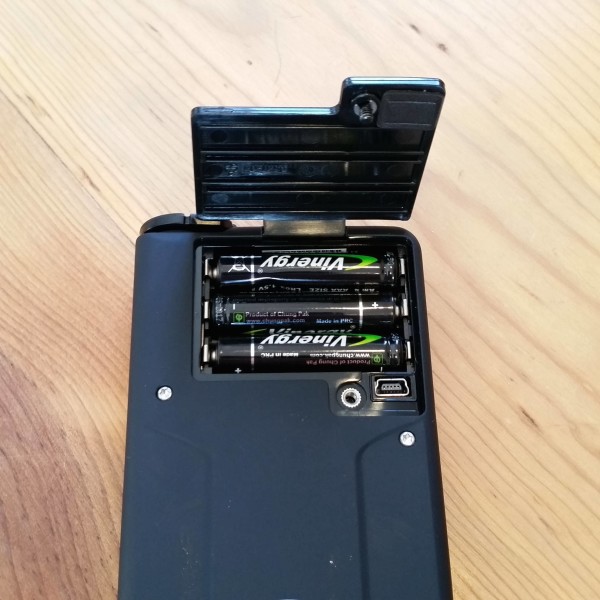 For battery life, the BCA Tracker 3 operates 250 hours in the transmit mode and 50 hours in the search mode.  The Tracker 3 uses 3AAA alkaline batteries and as a reminder, you don’t want to use lithium or rechargeable batteries in any avalanche beacon.  The main reason is lithium batteries won’t show the batteries life go down gradually, but rather it will go from working great to dead batteries. 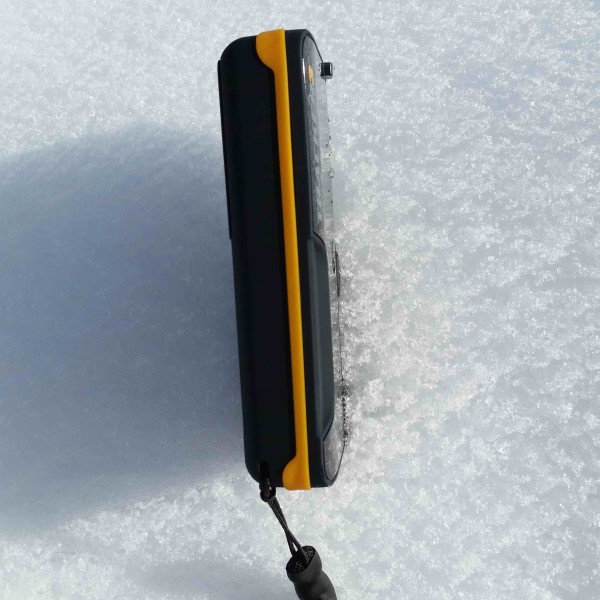 Black Body with Yellow Strip. Black stands out in the snow well.

The color of the BCA Tracker 3 is mostly black with a border of yellow.  This is much different compared to pervious Trackers in which they are bright orange and black.  Some people like the color of the black because of the contrast on the snow and their bright jackets and pants while some like the traditional bright colors of the beacon.  I can go either way on this.  I would like to have the face of the Tracker 3 a little less shiny as it reflects off a lot of things and can distort the view of the readings on the beacon.

The BCA Tracker 3 is a 3 antenna avalanche transceiver/beacon.  With these 3 antennas, only one antenna only sends out a signal while the other two are used for close proximity searching(within a couple feet) to prevent spikes and voids in distance readings.  While testing in the field, I found the beacon to be accurate while practicing with the beacon.  There were a few times when the beacon would throw off some signals, but they never turned into anything.  This may have been caused by signal interference with my cell phone.  As a reminder, it is recommended you keep other electronics away from the Tracker 3 to limit any interference.  This is one thing that I hope they avalanche beacon makers can overcome in the future since we all carry our cell phones with us these days.  I keep my phone in my pants which tends to be farthest away from my beacon while still being accessible.

As for the actual signal used, the BCA Tracker 3 uses 457 kHz Frequency, which is standard among avalanche transceivers.  That said, this beacon is compatible with almost all other beacons on the market.

If you have an iPhone, BCA has an app that is very helpful and also includes a slope meter which comes in handy.  The app is great as long as you have battery power and should not be your only resource in the backcountry.  For more information, please visit backcountryaccess.com