When you’re in the backcountry, you need equipment that you can trust. Equipment that won’t let you down, that is easy to use, and is effective. There are a lot of good options for avalanche shovels on the market, and the G3 AviTECH shovel is one of them. Let’s take a look at the features that make this shovel one of the best.

The G3 AviTECH shovel features a flat, metal blade with no neck. Let’s take a quick look at those three features and what they mean in the field. The flat blade is going to allow for better fit in a variety of packs, and will make digging snow pits easier and more effective. It’s made of metal, which is a must for me in terms of strength and ability to dig through hardened snow like you would find in an avalanche debris field. No plastic, lexan, or other fancy composites for this guy… just good ol’ fashioned tried-and-true metal. And the fact the G3 AviTECH shovel has the handle shaft built in to the blade itself (no neck) means it’s going to be stronger and less prone to bending or breaking when you need it most.

The G3 AviTECH shovel blade has four vertical slits in it, which some people thread a piece of webbing through in order to carry the shovel backpack-style without actually needing to put it in a backpack. While this is handy, these holes are placed nearer to the center of the blade than I would like. If the holes were positioned further towards the outside, it would give more stability in the instance the blade was needed to be used as a makeshift splint or toboggan to help extract an injured person from the backcountry. It’s a small gripe, and not one that I would consider a deal-breaker. 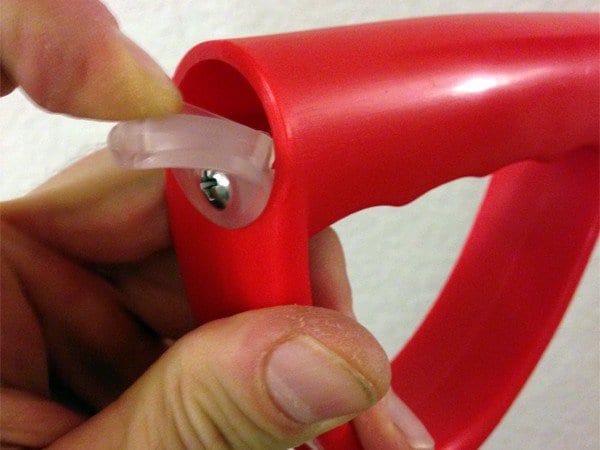 Getting a Grip on the G3 AviTech Shovel

It’s widely known that a D-grip handle just works, and is highly regarded among avalanche instruction professionals as the “correct” shovel handle to have. Equally useful for right-handed folks and southpaws, easy to get a strong grip on with gloves or without, and sturdy. The G3 AviTECH shovel handle additionally features a unique ice axe loop attachment point for multiple pack carry options and a small stash compartment for… whatever. 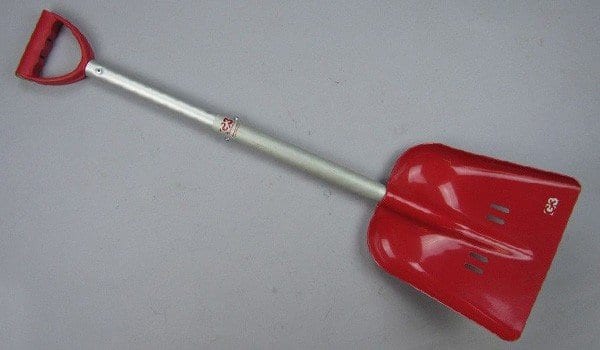 The telescoping handle shaft of the G3 AviTECH shovel allows for multiple handle lengths, useful for different applications whether it’s digging a snow study pit or during a rescue when you might need more leverage. This is also good in case one of the handle section breaks (not likely) you still have a functional shovel. Redundancy in function is useful in this case. 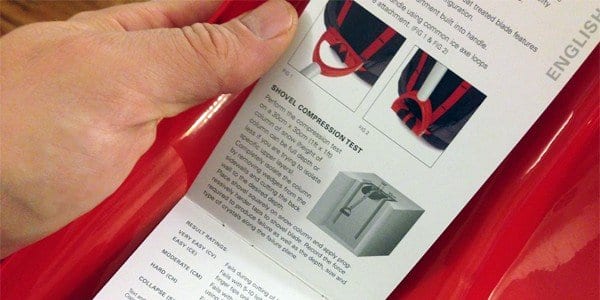 I would not hesitate to recommend the G3 AviTECH shovel to anyone wishing to travel safely in the backcountry. And as a testament to how seriously G3 takes their equipment, the hang tag included instructions for performing a shovel compression test. A nice touch to remind the consumer this is an important backcountry tool and not just something for building kickers or digging out your car. The G3 AviTECH shovel retails for $64.95 and you can check out https://www.genuineguidegear.com/ for more information.

Evan moved to Colorado in 1998 specifically to mountain bike and snowboard. Sure, he may have told his parents the move was "for school", but after getting that distraction out of the way he started enthusiastically exploring Colorado. His focus in the summer is riding mountain bikes across a variety of disciplines from cross country and trail riding, to downhill and Enduro, dual slalom, dirtjumping, and even a little racing here and there. Evan fills winter primarily with skiing, having switched from snowboarding in 2009, and puts in nearly 50 days on snow each season with a mix of resort and backcountry days. In between skiing or biking Evan can found hiking, camping, backpacking, road cycling, sampling or brewing tasty craft beer, working on a 1970 VW desert race car, cooking at home with his girlfriend, and occasionally utilizing that pesky college degree as a freelance graphic and web designer.