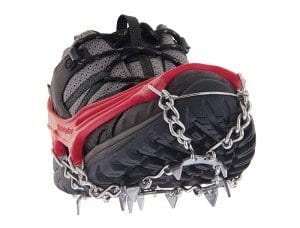 If it’s traction you are looking for during the winter, Kahtoohla Microspikes are worth a test drive.  I’ve been testing out the Kahtoola Microspikes this winter season for hiking on snow and ice when there’s not enough snow for snowshoes, but packed snow and ice is plentiful and it’s easy to lose your balance. 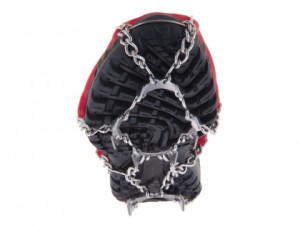 Kahtoola is somewhat new to the U.S. market making snowshoes, hiking crampons, and a winter traction system which I tested out called Microspikes.  The Kahtoola Microspikes are different from other winter traction systems which many people know as Yaktrax.  While Yaktrax uses a metal coils, Kahtoola microspikes use metal chains with spikes and are attached to a flexible rubber that connects to the tops and sides of your shoes.

One of the aspects that sets Kahtoola Microspikes from other winter traction systems is that they fit a little looser on your shoes or boots. Since they are metal based, they don’t have an exact fit.  While this seems like it could be a downside, I found no problems or loss of traction.

Thumbs Up and Thumbs Down 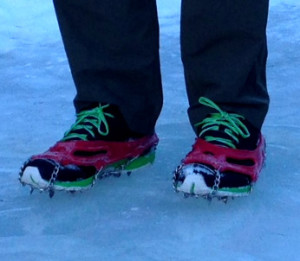 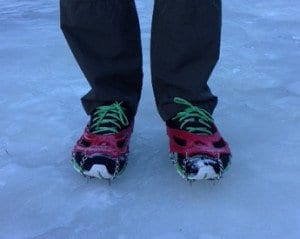 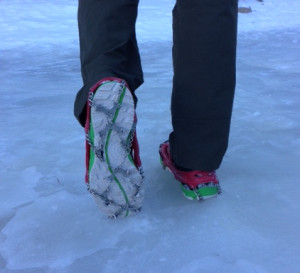 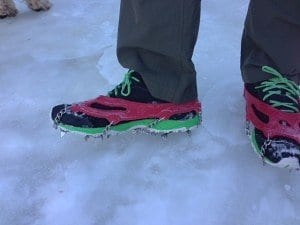 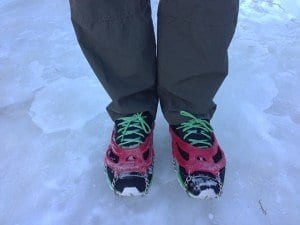 One downside of using Kahtoola Microspikes is that they are heavier than other competitors on the market.  This doesn’t mean of whole lot if you’re hiking, but while running they might be a little heavy for some.  Along with added weight, Kahtoola Microspikes are also a little more bulky if you are carrying them if your pack or pocket when not using them.

For the person that needs exceptional traction, Kahtoola Microspikes are a great option.  For the person that values weight and minimalism, I feel that there are other options like the Yaktrax running traction system would be a better option.

For more info on the Kahtoola Microspikes, visit www.amazon.com/kahtoola.