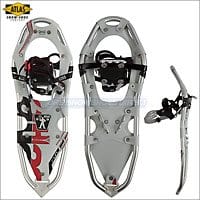 As snowshoeing is gaining in popularity, many runners are starting to realize the benefits of this fun, physically challenging winter activity.  I first snowshoed several years ago, and while I enjoyed being out in the woods, I did not think I would take to this sport.  I had the same complaints as many other runners: too slow, too hard, the shoes are always clanging against my legs.  I initially used large snowshoes, which is a necessity for true backcountry hiking, but it was tough for me to enjoy moving at a snail’s pace.

I have recently acquired the 2014 Atlas Run snowshoe, which, as the name suggests, is designed with the runner in mind.  I am amazed at how well these performed while using a natural running gait.  I did not have to adjust my stride at all, and very rarely did the shoes bang each other or my legs.

Performance of the Atlas Run Snowshoe 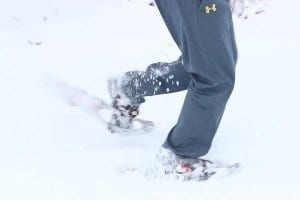 I have worn these shoes on varying conditions, from packed trails to deep powder, and from flat ground to steep terrain.  First things first, these are not the snowshoes for backpacking or peak bagging in deep powder.  At only 22” in length, they do not provide the float to stay on top of soft snow.

Now for where the Atlas Run snowshoes excel: moving quickly on relatively packed trails.  I wore these snowshoes during one of Beaver Creek’s 10K snowshoe races, and I noticed more than a few at the starting line.  Several of the racers commented on how they have recently switched to the Atlas Run and have found them to be a step-up from their previous pairs.  Personally, I loved the comfort on single-track as well as the stability while sprinting downhill.  Atlas’ Twin-Trac Toe Crampon provided sure footing throughout, and the heel cleat gripped into the snow and ice during steep downhill sections. 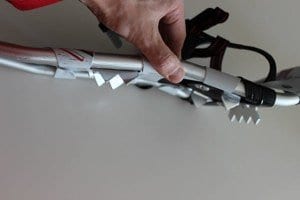 Atlas is known for their Spring-Loaded Suspension, which is one of the better suspensions available on the market.  Atlas uses offset webbing straps which allows for a lateral flex and more freedom of movement than other designs, which have a tendency to keep the foot more fixed in the snowshoe.  This is even more important for the running set, who move quickly on uneven terrain.  I am happy to say that the suspension did in fact allow my foot more flexibility on the ground, while keeping the decking close underfoot between footfalls. 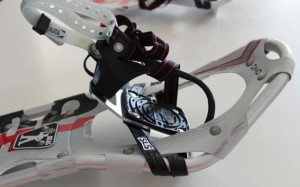 I also found that the Atlas Run snowshoes are easy to get on and off, utilizing Atlas’ LightSpeed Binding.  Atlas offers multiple bindings for their various snowshoes, and the LightSpeed is designed to have a technical fit while using lightweight materials.  The bindings require only one tug for a snug fit, and they kept my feet firmly in place for runs of over an hour with no adjusting necessary.

Other Features of the Atlas Run Snowshoe

The Atlas Run snowshoes weigh in at 2.58 lbs, thanks to aluminum frames and crampons, as well as lightweight Nytex decking material.  While this is not the lightest snowshoe on the market, it compares favorably to other shoes of its size.  The Run borrows many features from its more expensive sibling, the Atlas Race.   This makes the Atlas Run (MSRP: $209.95) a high-performing shoe for its price.

With a surface area of 134 square inches, the Atlas Run is not as small as some of the minimalist racing specific shoes.  However, this also provides better float, making the Run a better option as an all-around snowshoe.  Atlas recommends a maximum weight of 190 lbs.

While speaking with an Atlas rep at this year’s SIA Snow Show, he mentioned that this unisex model is becoming increasingly popular with the ladies, who are getting more involved in this winter sport.  He stated that women prefer the Run due to its smaller size and quality design that allows for a natural stride. 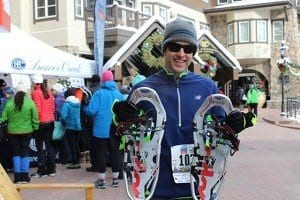 If you are looking for a new sport to stay fresh in the winter, the Atlas Run snowshoe is an excellent pick to start your snowshoeing excursions.  The V-frame is designed to adhere to a natural running stride, which minimizes clipping and even allows the user to occasionally forget they are wearing snowshoes.  Also, as snowshoe races are cropping up across the country, you should be able to find even more excuses to get out in the snow.  For the beginner or experienced snowshoe runner, the Atlas Run is a solid shoe that is reasonably priced for its performance.

For more info on the Altas Run Snowshoe, visit www.rei.com.