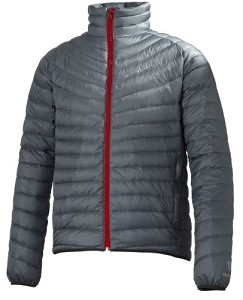 As most people know, goose down is one of nature’s best insulators and the benefits of its use in outerwear is readily apparent.  Depending on its fillpower and amount, down clothing can be a full-on, heavy-duty jacket for the most brutal cold, or a nice insulating layer to add under a shell when temperatures drop.  I’m a big fan of the latter scenario as I like to wear layers depending on the conditions.  One of my complaints with many of the down, mid-layer jackets I’ve tried in the past, is their cut, specifically being too baggy to comfortably fit under a jacket.  Thankfully, Helly Hansen has created the Verglas Down Insulator Jacket for people like me.  It is an athletically-cut, stylish, down jacket that is equally comfortable as an insulating layer as it is out on the town.  This tester thinks Helly did an excellent job designing their latest down midlayer jacket. 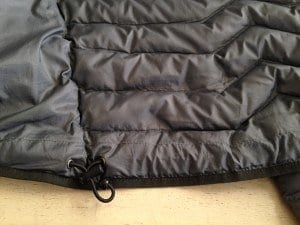 One of the keys to midlayer’s success is its ability to work well with an outerlayer, and the Verglas Down Insulator Jacket excels in this area.  Forgoing the large pockets of puffy down, Helly Hansen decided to use a tighter pattern of smaller pockets to achieve similar warmth with less bulk.  The jacket contains 90% goose down at a fillpower of 700+, which is right in the sweet spot for down insulation.  Because of the down placement, the Verglas Down Insulator is able to maintain a sleek profile that not only looks good, but hugs the body effectively without being skin-tight.  To test the jacket’s effectiveness as a midlayer, I wore it under the Helly Hansen Odin Guiding Light shell and found it to be a great match.  Unlike some down midlayers I have tested, I did not feel like a marshmallow-man while wearing this combination.  It probably was an advantage that I used a shell from the same company, but I don’t foresee any issues wearing the Verglas Down Insulator with a performance shell from another brand.  The other element of the fit that I was quite pleased with was the length.  I often have problems with jackets being too short and I was happy to find that this jacket in a size large was the perfect length for my 6’1” body.  The sleeves were also a great length and stayed in place well with elastic cuffs that were neither overly tight or loose.  All told, I found the fit of the Verglas Down Insulator Jacket to be one of its strongest assets. 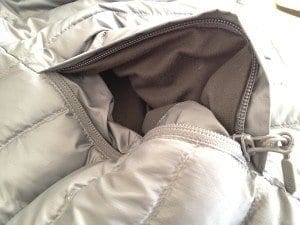 As you would expect from a midlayer piece, the Verglas Down Insulator has few features to speak of.  There are two zippered handwarmer pockets and they function as intended.  The only other feature, per se, is the hem drawcord around the waist of the jacket.  This comes in handy for tightening up the bottom to avoid drafts on really cold days.  I found this to be great when I was bending down to tend a fire one night, and normally would have had a draft up my back. 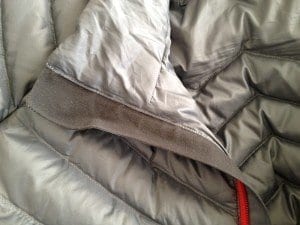 The Verglas Down Insulator offers very good warmth for its size and weight, and I found it to be a versatile piece.  I’ve been wearing it around town by itself in 30 to 40 degree weather, and have been perfectly comfortable.  The ripstop fabric does a solid job of blocking moderate winds.  The Verglas Down Insulator really came into its own as a midlayer on a cold and windy day skiing Breckenridge.  The weather was in the low teens and I was nice and warm with the Insulator and a lightweight wind shell over it.  With a warmer baselayer, I could easily see this combination being effective down to 0 degrees. Beyond that, I would combine it with an insulated jacket for ultimate warmth. 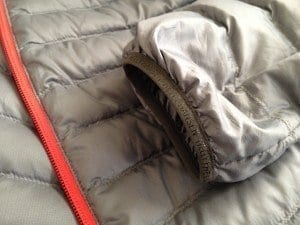 If you are looking for a nice insulating midlayer that can do double duty as a standalone jacket, I suggest checking out the Helly Hansen Verglas Down Insulator.  Available colors are Arctic (blue), Smoked Pearl (gray, shown), and Black.  At $200 msrp, the jacket offers a good value with its versatility and good looks. 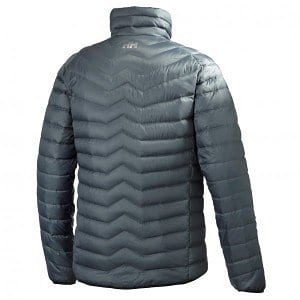