Fischer is one of those brands that continuously puts out great products but doesn’t have the cache of the largest ski companies as a result of smaller marketing budgets and less exposure.  The Austrian company has a track record of creating high-performing, high-quality skis and I got to ride a new option for next year and write this 2016 Fischer Ranger 98 Ti review.  Fischer completely revamped its Ranger line for 2016 with redesigned shapes and core profiles.  The Ranger 98 is intended to be an all-mountain freeride ski with great ski touring abilities and it didn’t disappoint in testing.  For reference, I tested the 188 cm version of the ski and I am 6’1″, 190 lbs. 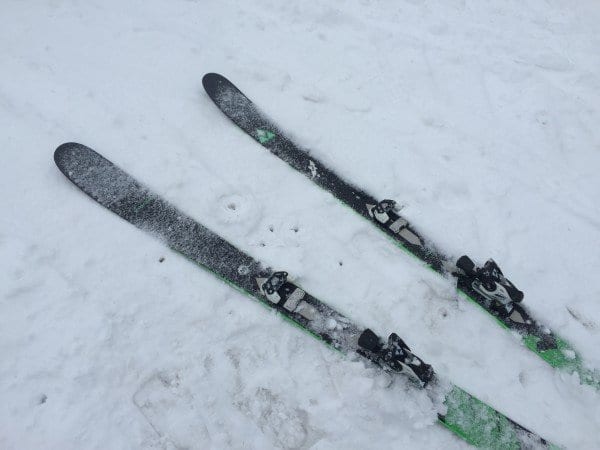 My first impression of the ski when looking at it was that it is a really good looking ski.  Obviously it is irrelevant to performance, but this ski gave certain expectations of performance just by its appearance.  The carbon fiber look on the tip and high gloss finish ooze a sort of coolness and speed that remind you of a race car.  Picking up the ski, I was shocked by the weight of it, expecting something heavier.  At this weight, these will be a great option for side and backcountry missions.  The Ranger 98 Ti has a shape that tries to combine the best of modern ski design.  The shovel is substantially upturned for adding float in powder and crud-busting abilities.  There is traditional camber underfoot for edge hold and a fairly flat tail for power at the finish of the turn.  At 98 mm underfoot, this Fischer Ranger is my perfect size for all-conditions, all-season ski for Western skiers.  It strikes a great balance between float in soft snow and edge hold on hardpack and fits into that ‘one-ski-quiver’ category that many are searching for.  Being under 100mm also helps with limiting the painful (and sometimes damaging) torque on your knees that is common when skiing larger skis on groomed snow. 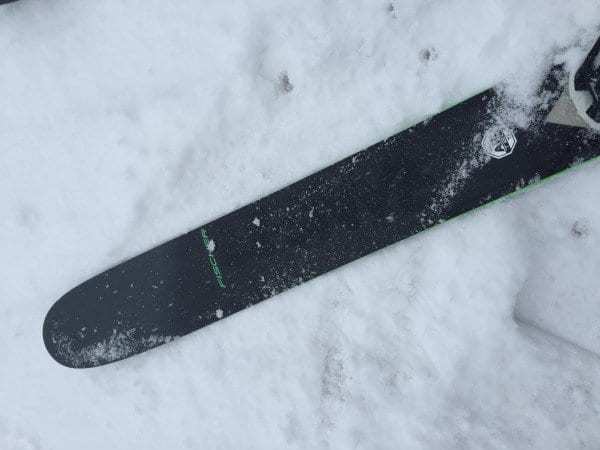 Testing the Fischer Ranger 98 Ti on the Slopes

To test the Fischer Ranger 98 Ti, I mounted them up with a pair of the truly excellent Fischer Attack 16 bindings, which have a slightly wider mounting point for modern wide skis.  My aching question with these skis was how well they would perform on groomed snow because I was a little worried given their weight.  To my delight, when I pointed them down a steep hard-packed run, they dug in and held an edge amazingly.  Given Fischer’s success and history of putting World Cup racers like Steven Nyman on podiums, it shouldn’t have been a big surprise.  The Ranger 98 Ti felt extremely stable as I ripped down the trail that was the downhill race course at Beaver Creek during the 2015 World Championships.  The thought going through my head as I threw the skis sideways to scrub speed was that they didn’t really have much of a speed limit, which is very impressive for this type of ski design.  Frankly, I repeatedly found myself going faster than I was comfortable going as I tested their limits.  As I came into crud areas, the rockered shovel seemed to do a great job of keeping the Ranger 98 from getting off track and just blasted over.  The sidecut combined with the shovel design allowed the skis to make a variety of turn shapes pretty easily and I was able to make shorter turns as needed.  One thing I did notice is that I felt the binding mounting point was a little too far centered for a ski with a flat tail.  For drawing out longer carve turns, I would have preferred a little more skiable edge in front.  Conversely, the mounting point and shape of the Ranger 98 Ti is perfect for tree skiing.  It was easy to quickly maneuver the skis in tight spots and scrub speed by stemming when needed.  The light swing weight and rockered shovel were a benefit in challenging terrain.  One area where the skis struggled a little bit was in zipper line bump skiing.  It is always going to be hard to blend soft snow skiing ability with perfect bump skiing ability so I don’t judge too much here.  In powder bumps, I think the Ranger 98 Ti is going to perform admirably. 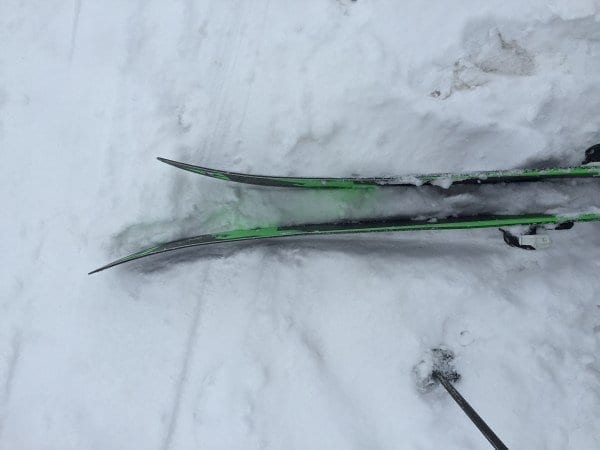 I’m going to conclude my Fischer Ranger 98 Ti review by saying that Fischer is a ski maker that deserves respect for their attitude and commitment to making great skis that perform as good as any on the market.  I loved the edge hold and charging nature of the ski while still being easy to maneuver in the trees and terrain.  The wide rockered shovel added great versatility for all conditions including soft snow and spring crud. Overall, I’d recommend the Fischer Ranger 98 Ti to any intermediate to strong skier who spends most of their time at a western resort or on backcountry day tours and wants one ski to get them through the year with a smile on their face.