Leave it to Fischer, with its storied race program to remind me that skis don’t have to be super fat and over 115mm wide to be fun.  As the industry kept pushing towards fat skis, I tagged along and my skis got bigger and bigger.  Than I noticed something; while I could carve adequately on a fat ski on days with less snow, it just wasn’t as fun as a narrower ski.  Shocker, I know… I jumped at the opportunity to try a brand new ski and you should read on for my Fischer Pro Mtn 86 TI review.  The Pro Mtn series was created for those who crave strong performance and powerful turns yet still want to have fun when there is some fresh snow on the slope.  The series comes in widths ranging from 77mm to 95mm, offering an opportunity to choose your balance of on- and off-piste performance.  86mm is a great width for railing turns on the groomers as well as providing some float in the soft stuff.   The Fischer Pro Mtn 86 TI is packed to the gills with advanced technologies that make it a versatile, performance-oriented boss of a ski and I’ll go through its abilities in different conditions.

Fischer knows how to make a ski that carves exceptionally well and you can just look at the accomplished race team with guys like Steven Nyman for proof.  The “TI” in Pro Mtn 86 TI refers to the full-length Titanal alloy sheet that runs through the length of the ski and adds a good deal of stiffness and strength.  These are skis that look as high tech as they actually are and you can see the Titanal through parts of the top sheet, which I really loved. Combined with a milling process Fischer calls Razorshape, the Pro Mtn 86 TI can really hold an edge.  This is one of those skis that gives back whatever you put into it and barely has a speed limit if you stay on top of it.  I had an absolute blast ripping down steep groomed terrain at Keystone mountain and had no issues digging in to icey patches.  While the shape and the All Mountain Rocker with Early Rise Tip (which I’ll discuss more later) make the ski surprisingly manageable compared to traditional carvers, I’d still say this is a ski for a strong intermediate to advanced rider.  Speaking of shape, the sidecut of 128-86-116 gives the Pro Mtn 86 TI a 16.5m radius (175cm length) and I was impressed by the skis ability to arc GS turns as well as quicker turns when needed.  Turn initiation is rapid due to the early rise tip and the tails are fairly flat and definitely powerful.  All in all, this is an excellent performer if you’re going to be on groomed terrain at the resort. 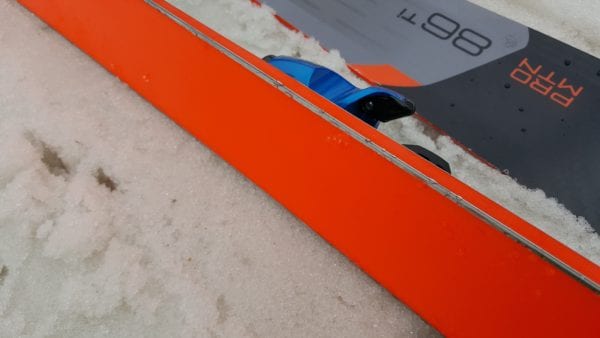 People seem to forget that guys like Glen Plake and other legends were crushing it in steep powder well before fat skis came along and there is still a place for skis that aren’t surfboards.  The Fischer Pro Mtn 86 TI was designed for ultimate versatility and it shows when you get it into mixed conditions.  We are all in agreement at this point that some degree of tip rocker should be standard on everything but race skis because it helps keep the ski from diving in soft snow and from biting into crud and mixed conditions.  Fischer’s All Mountain ROCKER offers a nice big shovel that keeps these guys going nicely when I brought them out on a 5 inch powder day.  The Pro Mtn 86 TI also has a carbon fiber tip that offers a great balance of stiffness when needed without sacrificing weight savings.  Speaking of weight savings, these skis take advantage of the super cool Air Tec TI technology that mills out core material and parts of the full length titanal in a specific way that doesn’t affect strength.  This leads to a weight of 7.71 lbs for a pair, making them one of the lightest on the market in the all mountain segment.  How does this translate to soft snow performance? Well, the Pro Mtn 86 TI definitely skis through the powder more than surfs on top of it but this doesn’t mean they aren’t fun.  They reward you for staying on top of them by slashing through the soft stuff with power and speed.  A lighter weight skier might find that they aren’t as easy to quickly scrub speed as a powder ski is but that’s to be expected with this design.  In the trees, the upturned shovel and low swing weight makes them fast and maneuverable.  Variable conditions are capably handled by the Fischer Pro Mtn 86 TI and in cruddy conditions, the carbon fiber tip combined with the titanal sheets and Razorshape surface profile help them blast through without a problem.  This was definitely an area that was a contrast from the flimsier mid-fat skis I’ve been on most of the time in recent years which get easily thrown around by chunky snow and crud. 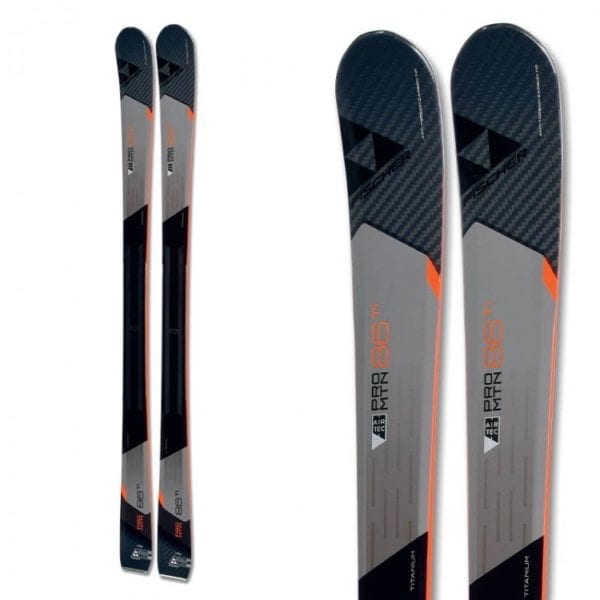 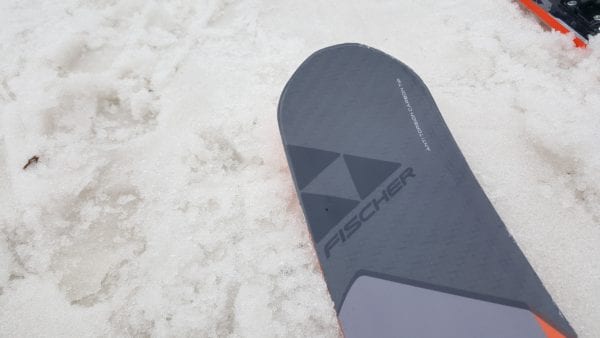 I really enjoy bump skiing and while I still have fun on moguls with fatter skis, they just aren’t as fast or locked in as something narrower.  The Pro Mtn 86 TI’s 86mm waist and light swing weight make them a whole lot of fun in the bumps.  Again, it’s all about versatility with this ski.  If you want to spend your whole day skiing Mary Jane or Beaver Creek’s Birds of Prey runs, you’re going to probably want something narrower and shorter.  But if you like to mix in bump runs with the rest of your day on the hill, you won’t be disappointed with the Pro Mtn 86 TI.  If you favor bump skiing, I’d suggest trying a shorter size of the ski. 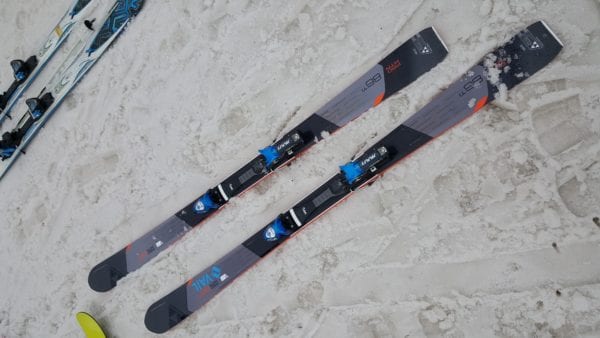 The Pro Mtn 86 TI is a very fun ski that can handle the entire mountain and a range of snow conditions.  Carving performance is stellar and makes you want to just go fast.  The rockered tip and wider shovel combined with a light weight make them powerful and enjoyable in powder.  It’s a ski designed for stronger skiers and I suggest them mostly for those in the advanced intermediate to expert skill level.  I think this is a killer ski for former racers who want to explore the whole mountain and aren’t ready to give up carving performance.  Definitely worth buying if you are looking in the all mountain category!